This band is done trying to be just a band.
They are releasing an album that needs to be more than an album.
And, they are aspiring to a live show that is beyond just a live show...

Kriss Gaynes comes to us with eloquence and darkness, allure and gloom, existential fuck-all and progressive optimism. 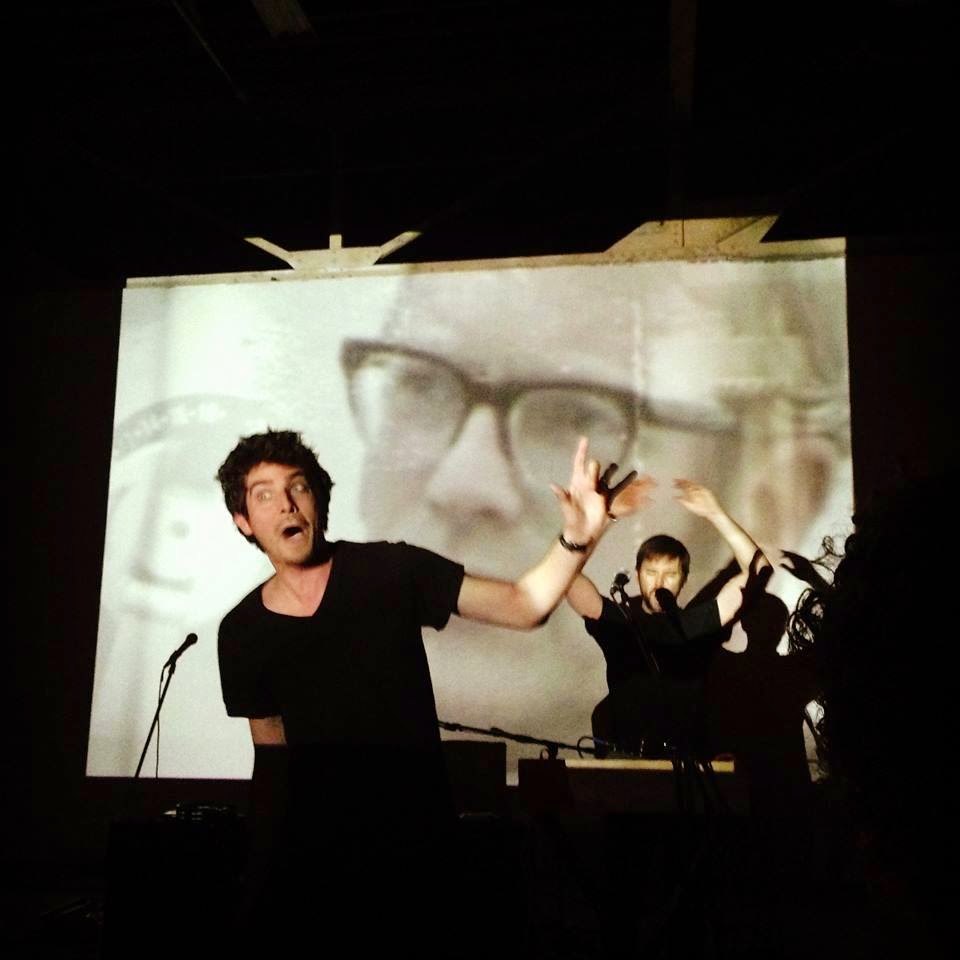 
Kriss Gaynes is a duo of electro-doom-dance composers inspired to alleviate (and also feed upon) the endemic frustrations of the modern artist, any of the underground churners who have awakened to how admittedly bleak the prospects expected from following the current crooked arc of the status quo...

This might almost be an even more aggressive evolution of DEVO's more message-oriented, satirical tirades... or if early Ministry did a fierce cover of Talking Heads' more raw and rhythmic burners like "Psycho Killer." There's palpable ferocity in the back-and-forth yowls tennis-balled between them on unwound-techno torrent "The Itch Incessant," while the intro, as anthemic and enlivening as any Dan Deacon jam with its rounding siren-like synthesizer, knee-to-chest running rhythms and roof-scraping vocal belts, states their case plain and simple, "We Believe In What We Know..."

But the other thing about Kriss Gaynes, they're the first Video Band. Will a full screen filling the background behind the "band," a projector spills a montage of stark, sublime and surreal images culled from the most iconic and esoteric of directors and cinematographers, completing a collage of experimental cinema augmenting an aural assault akin to poppy darkwave and funky krautrock, assured to blow the mind of both Jonas Mekas as much as Brian Eno...

BRING ON THE 22nd-CENTURY!