Audra Kubat and I have written our way through Chris Bathgate's Dizzy Seas, with a one-track-at-a-time review, by-way-of weekly letters...

This song is called Tintype Crisis 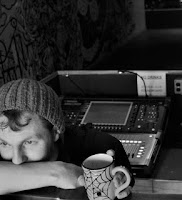 I find the tone of this guitar to be rather appealing, arching up in that tinny higher register. But something about that riff, it's sort of flexed and grinding like a pencil eraser upon the page of the song, or maybe something more aggressive, like a skateboard's scrape along a cement curb.

There is something purposefully regressive going on, despite how cool I think that guitar sounds! Chris is looking back 12 years to his "quarter life," which is still two years before he started turned the heads of major music sites, blogs and zines with his first few albums. I feel like there's still issues of regret, or even just questioning his past behaviors or the ways in which he viewed the world. His albums have always had this sage-ly sort of big picture worldview, so it's still interesting to me, after the last three albums or so, to have this record turn the lens so specifically inwards, or back upon himself. Unsparingly.

"I guess you're still gonna wheeze some poems on the way back home..." It's this late night rearview mirror stare, a scrutiny he hasn't so publicly given himself. And then challenging himself to say something of substance to "the kids in the fray..." and to say it powerfully.

But it begs the question. Who is "the enemy of the day?" Rather, which day? Is he looking back to the demons he fought...or trying to always be ready for the demons of tomorrow.

They don't have to be demons, I suppose

Eager for your thoughts
with friendship,
-jeff 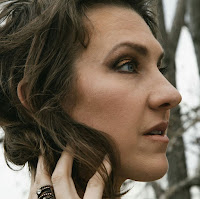 Instantly, I'm transported to post-high school, on a day where I drove down highways with Tom Petty blasting, windows down, a cigarette, and no cares. The opening guitar is riff is 'feel good and sets a tone - summer, freedom, exploration...everything is possible.

Yes, again Chris draws you in with the music only to confound you with questions. He tricks you into tapping your foot along to a song that is secretly a practice in uncovering deep disappointments. He traces his fingers over the scrimshawed past, remembering to how it felt to be 'stirred'. He refers to these poems by saying they 'weeze' out. Is it labored, or is he suggesting that they lack full development, like a breath you can't catch.

It strikes me that he is looking back at himself as a young artist who is looking into the future with naive eyes. A driving melody places the listener into the heart a of dreamer hoping to get some kind of deal.

Now, what can he say? What has he learned that he can share?  I think he is speaking of time when he says 'the enemy of day'. The ruin of days is that they slip away. Is this a warning? We're constantly told as kids that one day we'll look back and 50 years will have passed.

The first time I listened to this track, I immediately wanted to hear it again. I wanted to also go back.