Your favorite club closes. It happens. There are the usual circumstances: often it's an economic ebb, something about finances..., or maybe it's a personal decision of the owner/manager...

You hate to see it close because of a calamity; something hazardous like a fire...

But you especially hate to see it close this way...
The UFO Factory in Corktown is closed, albeit just indeterminately for now, because its north wall was debilitated by adjacent construction work that's ostensibly gentrifying a five-block space engulfing this modestly sized rock club with upper-scaled residential units and retail space.

Metro Times has the initial report, and will assuredly update you as this story develops. 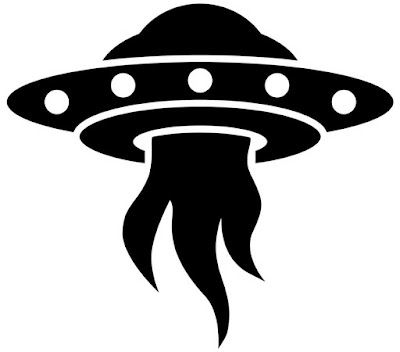 Meanwhile, the UFO Factory will be closed for weeks, if not months...! This means that the staff are essentially out of a job for the foreseeable future. In a heartening gesture and a quick rallying of support, El Club is helping host a benefit party this Monday, with several UFO regulars DJ-ing throughout the night, along with a stacked merch table. MORE INFO

On the positive side of things, I have to commend everyone who hustled together the benefit show, in a considerably short time. That swift alignment of a solidarity effort is what I love most about the Detroit music scene; it's been demonstrated during similar circumstances in the past. And, that solidarity was vital in this case, as well, for the sake of the staff who work there, but also to offer an outlet for meager catharsis and needed commiseration for its regular patrons.

Even if it was an accident, it still hurts. It was already foreboding to have these new buildings encroaching on the discreet strip of Trumbull and promising to loom, a bit intimidatingly, over this gray and red slap of sonic and culinary splendors. But now? To now have a place that is a lot of folks' favorite rock club out of commission for months, with a full schedule's worth of local and national/touring bands' concerts needing to be rescheduled....? It hurts.

It hurts because a scene is nothing without its venues. I mean, sure..., we could always sustain ourselves on organized house-shows and gallery spaces... But there is substantial value to the arts and culture scene to have an independent performance venue that is going out of its way to support the scene by programming regular lineups of local (and national) groups that are cutting edge, both from the up-and-comers crop and the sagely vets. It keeps the creatives who live here healthy and happy - to have that outlet to perform, to have that secluded-feeling clubhouse-vibe to experience live music in a welcoming atmosphere.

Music, food, art, karaoke, movies... UFO did it all, and will continue too... (I hope). It did what all great venues do: provided a commons, a creative gymnasium, a mess hall for music. Just this weekend I said to a fellow attendee that I could just about nap in this place with my shoes kicked-off if it only had a sofa--cuz I felt that comfortable there...

Anyway. It hurts. So, let's get together on Monday!
Posted by jeff milo at 4:37 PM