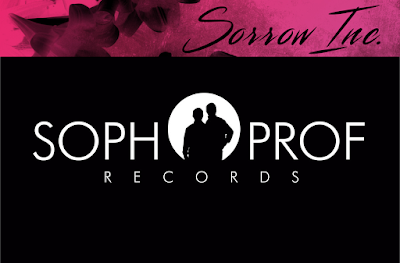 I have this favorite band of mine....that you can't see. You can hear them though. It's just that they aren't on social media and they're probably never going to play a show.

Oh, but I also have one more eccentric deviation... ...this band changes names, identities and genres every six months.


They're a two-person music production company that writes and records their own original music, but challenge themselves to morph into different personas and aesthetics for each album. They've done country, they've done proto-punk, they've done krautraock. Now, it's on to a sweet spot of late 80's shoegaze and early 90's Brit-pop revival.

Your obvious reference points will be Ride, Slowdive, Swervediver and The Stone Roses. Think: guitar-centric surges adorned with beautifully caustic and tightly wound strands of distortion ribboning in a flutter as each track all but takes flight. Synthesizers and guitars layer over each other and then layer over again in an echo-splashed murmuration. Add in the charmingly maudlin poetry of new-romantics, fever-pitch new-wave heartache and swooning soundtracks for your starry eyed drives home from any weekend's average party of missed connections. That's Sorrow Inc.

When you're in the thick of emotional highs and lows, there's just something poignant that only the right amount of distortion and woozy vocals can capture... You can fall in love with that devastated feeling with the kind of songs that Sorrow Inc. make... And I think another facet of their albums feeling like tiny treasures is that you know it's feeling...that this is an album that is a one-time-only iteration of this specific sound and style. It's like they've been a band six times over with six precious debut albums... Always kaleidoscoping into something else. This is my favorite so far, from the Soph Prof duo. I hope it finds more ears. If not, we've got apt songs, here, for catharsis.