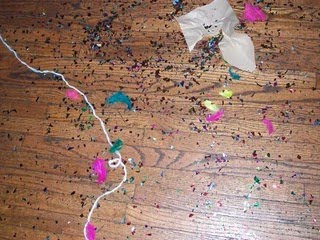 you are the only person who's completely certain there's nothing here to be into...
~


The word 'saturation' has stuck in my mind, when musing on the arts and music community in southeast Michigan. Do we have too many 'producers' of art and not enough 'consumers?' Is this, maybe, the reason some artists are eager to escape to Chicago or New York?

The deeper you go, the more you find. New energies, new concert series, new DJ nights, new venues, new galleries, new bands - all of it in driving distance for those living in Macomb, Oakland, Wayne or Washtenaw counties. The rabbit hole often seems to continue getting deeper. Maybe it's bottomless. But if it isn't, then what's at the bottom?
~
Please forgive the passé or begrudged phrase of 'scene' - but it's what I'll rely upon as an easy go-to for the rest of the essay.
For anybody strange enough to spend (waste?) their time pondering nuances of art history - you can trace a steadily developing instinct for people/artists to construct (or imagine?), however illusory, a sort of 'community' which becomes a '...scene.'
Go back to the Renaissance if you want... Look at the Paris Salon, to the Transcendentalists in America, to the Impressionists, to the New Bohemians, to the energies that started Ragtime and flourished in Tin Pan Alley, to the Beats, to Greenwich Village, to Warhol's Factory, to Haight-Ashbury...
Up until recently, everything had to be named. Detroit had it's Garage Explosion. Atlanta GA had it's neo-psychedelic pop (bringing us Of Montreal and Neutral Milk Hotel). California harbored 'freak-folks' like Joanna Newsom and Devendra Banhart. Remember 'electro-clash?' ...Even Baltimore was able to capture attention with its Factory-esque pop freak show, 'Wham City' (thus propping Dan Deacon, Future Islands and then Beach House). What is with all this scene branding?
What we have to work with, here, in Detroit, (not even yet a month into 2011), is... what?
It hasn't been named yet... It changes too much. It changes too fast. (Or, rather, someone, who? Rolling Stone? hasn't cared to 'name' us yet.)
In Detroit, bands that are starting out often wonder, -how do we get people out to our show? But, isn't the reality that... the majority of 'people' who will be checking out your show are not going to be 'people' in the traditional conception? 'People' in that sense of - an 'appreciator' (and 'consumer') of art; an art enthusiast.
Around here, and, I'll wager, in the majority of other city's local "scenes," the 'people' you're going to be getting at your shows will be 'producers' of art themselves.
Incestuous - is a word thrown around sometimes to describe the scene here. This is true, firstly, because there is a verdant, energetic ricocheting of collaborations shared between different artists, musicians, etc... Secondly though, it sort of applies to that "high school" angle echoed in others' remarks upon the scene - cuz you feel like you start seeing some of the same faces at these shows. It's lunch period with loud music.
Still, you can keep going deeper down that rabbit hole. You don't have to stay on one level, in one room. There's so much fucking talent and weird, expressive, energetic freaks out there.
Any music scenester can start hitting up the galleries. Or, even just staying in music, any indie rocker can start delving into the hip/hop scene. Any Ann Arbor folk rocker can start plugging into the metal scene. And then, you'll find new faces. But will you get cross over? Will there ever be a grand collision/coalescing/mingling of these "scenes?"
I don't have the answers.
And I'm not saying that having too many producers is a bad thing. (I wonder, though, if its the crux of the 'touring band' problem around here; how 'national' bands have trouble drawing here... and that inevitably ties into our 'incestuous' or 'homer' habit... The area's 'art enthusiasts' or ersatz 'art consumers' are artists themselves - and if they're not busy actually taking a night in to stay home and work on their own art, then they're likely out at another venue (that's likely operated by their "art scene neighbor") or they are a "neighbor" (friend/collaborator) with the artist or band performing/showing at said-venue.)
Thus, we end up too busy...or sometimes, too broke...to see a national touring band full of people with whom we're not acquainted. Besides, and I'm going out on a limb here,... there's still potential that the 'touring artist' will likely just stoke the fire under the 'local artist's' ass, making them want to take that night-in-at-home-working-on-their-own-art, so that they can perfect themselves (and save their money) to thus attain that 'touring' level.
But all these producers...all of this intertwining-upon-twining-upon-twining of "community" or "scene"-like qualities is good... I think community is key to art. Community in...collaboration: artists meet up, soundboard each other, bounce ideas off each other... Community in: a place to feel, at least briefly, attached to or to be inspired by... Community in: your stage, however amorphous, upon which and throughout which, to express thyself or release thine art.
It's somewhat cliche, but there's the idea that: artists start creating art, in the first place, because they feel like outsiders. But perhaps there's an even more inspiring or motivating force that sets a fire in an artist when they find a circle, community, area, scene, filled with a similar (or even not so similar) 'outsiders.' Fellow outsiders.
... in the end, I'm not worried about (or looking down on) the producer problem - Once the 'inside' gets filled with too many outsiders, then inevitably, one, two or three of the artists start getting pushed toward the corners or maybe have a claustrophobic freak out and eventually burst back-out... to the outisde...
...thus, again, redefining (all over again) the boundaries and redecorating the bizareness... of said-'outside.'
Posted by jeff milo at 8:11 AM