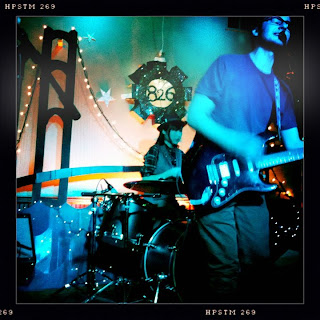 LW started "during my most grizzly bout of depressino to date," said Sova, as his previous Bear Mountain Picnic came to a halt.

"I had become unnaturally obsessed with the soundtrack of a B-rate Wilson brothers' (Luke/Owen) movie called The Wendells Baker Story and a spaz-folk band from Austin TX called Pillow Queens. I wanted to make music along those lines, so I contacted two of the best musicians I knew, Jim Cherewik and Scott Hein."

This was 2008. Cherewick gathered that this new project would be "more acoustic and heavy on the words..." Sova and Cherewick split (or shared) lead vocals and guitars with Hein on keys. Abbot Daimler (of Team Ethic) joined on bass and Aaron Quillen (Lone Wolf & Cub) came in on drums.

Somewhere around 09, Cherewick said, the band kinda went into a limbo state. It was May, Sova said, when that line up disbanded, having played "memorable shows with Boywife, Hospital Garden, Morseville Bridge... -I ended up blowing most of my inheritance on medical tests (which always came out normal) but I look at that year as a time of tremendous healing. Whisker was a considerable part of it too."

Sova spent the spring/summer in France/Israel on scholarships. When he returned, it seemed he was all that remained of LW. Hein had moved to Lithuania, Daimler and Quillen moved to other projects and Cherewick seemed uncertain, figuring it was likely, just, over.

But Sova started writing some songs. Later, in 2009, he moved in to an Ypsi house on Grove, and his new housemate (Cherewick) was ready to continue "the Whisk." Secret Twins' Dina Bankole came in, momentarily, on bass and Elliot Daimler (who also moved in) took drums. They recorded Huge Power in summer '10. Elliot "unfortunately had to mosey on" but they met Kumiko Endo at their Blind Pig CD Release party. "Kumiko is the most amazing person to be around and she is an incredible drummer," Sova said. "Stef Chura, who is a fantastic solo musician in her own right, and a great friend, agreed to help us out on bass." This has been the line up since. "And we have played some of the most fun shows and have had some of the most fun of probably my whole life." 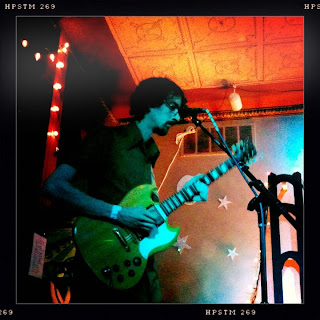 "If we were rocking harder, now, then we needed killer songs," Cherewick said, recalling the lead-up to Huge Power. On Grove St, "it was easier to bat stuff back and forth. 'No sleep till we write 3 songs tonight,' was kind of the mantra." Of the writing collaboration, "both our hands were in the soil, feeling around." They hooked up with Brad Perkins from Worm Farm Recordings to help record it at Grove.

The title came from scouring National Geographic for word-combos. "Huge Power fit us well," Cherewick said. "The Underdogs of Ypsi is how we saw it. LW was now a full kicking rock band yet at the same time not taking that so seriously and being able to poke fun of where we thought we fit in." HP was released on Joshua Barton's Arts Vs. Entertainment label.
Both songwriters reveled over this year's Mittenfest - the line up, the new venue, and their own particularly stalwart performance. "Woodruff's is a cool spot for Depot Town," Cherewick said. "Thanks again to the owners and hard workers there."

On Ypsi/Arbor...and Mittenfest, Cherewick: "I dig seeing bands that make you think about your own craft. Bands helping bands, whether they know it or not."

Sova had no particular reflections upon Ypsi/Arbor's scene as a whole. But, simply remarked at the experience of growing older (and exceling in music) alongside his close friends: Fields of Industry, Secret Twins, Steve Smalls, Team Ethic... "...the list goes on..."

Next: A bit of uncertainty. Endo moves to Japan in May and Sova's not sure where he'll be come autumn. "She's an amazing drummer, we're gonna miss her," Cherewick said. "If we keep going? Sweet. If it stops? It was fun and I'll continue doing my own solo projects, be it Mouth Finger, me-and-a-loop pedal, or, my new project, Jamerson (-odd karaokee with a drum machine).
"The upside is, if it ended tomorrow," said Sova, "I'd call it a success beyond my wildest dreams. I would like to keep it going until we're too old to pick up guitars, though."
Long Whisker site.
Posted by jeff milo at 2:45 AM