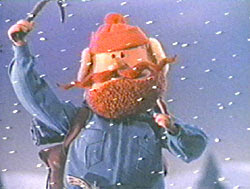 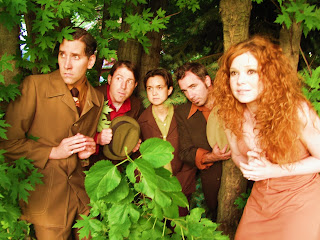 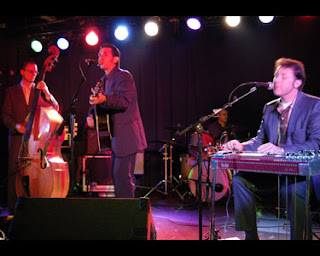 Maybe my mind's been hypnotically pulverized by Charlie Brown and the Grinch, but I feel a magic in the air around Christmas time. (A good bit of greasy swarming Mega-Mall-nausea, but more so the magic!) Not so much warm, gooey Hallmark card magic, or 'the perfect gift' magic… I find it, simply, in togetherness.

And that arm-in-arm embrace is exemplified perfectly each season by the annual Detroit's Sounds & Spirits Old Fashioned Holiday Spectacular, at the Magic Stick on December 19th.

This is the 7th Sounds and Spirits, and it has established a tradition for Detroit's music community to come together and let their hair down for a cheery "sweater and scarf" cocktail party serving as homage to Christmas variety shows of yesteryear…(specifically, the 1970's). Twenty bands blur through 2 or 3 songs each, bouncing back and forth between 2 stages. Plus, ticket sales go to benefit Detroit's Coalition on Temporary Shelter (COTS). Since 2002, the event has raised more than $15,000 for the Detroit-based COTS, which provides emergency shelter and transitional housing for struggling families.

Local musicians Dave Feeney and Thomas Trimble started the event in 2002 as an excuse to have musical yuletide celebrations with their friends from other bands, including Sunshine Doray, Blanche and American Mars.

Looking Back At 2008 and S&S of Christmas' Past

I caught up with Trimble (from neo-country-pop quartet American Mars to reflect on 2008: "As a band, we are really proud of the record we put out in February, Western Sides. The record got some great national reviews and it helped us prove to ourselves that we should still be a band." Trimble added, looking back on past S&S shows, "We are so appreciative of all the bands that have played over the years, especially those that have played multiple years. It's like a family, but we're really more like the teenage cousins who raid the basement liquor cabinet while the adults are upstairs drinking eggnog. We're an obnoxious bunch." 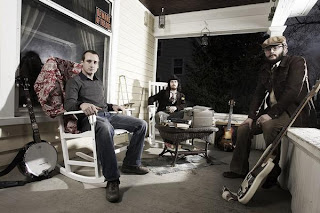 Catching up with Dutch Pink, singer/guitarist Dustin Leslie, playing his second S&S this year, said that this show gave him the strongest sense of community than any show he's played. "It seems campy, but that's usually part of the fun. It's just about everybody (the old guard and the new guys) having a good time. There's not a lot of posturing." Dutch Pink spent 2008 focusing on recording their upcoming full-length Times New Roman, some "dark honky-tonk shit" reacting to tough economic times. In January they hit the ground running, reenergized for 2009, planning more local shows, a summer tour and more material to record. 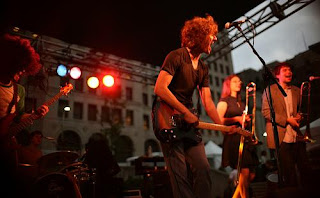 After releasing Here's The Whirlwind in January to subtle acclaim, singer/songwriter Mick Bassett (with the Marthas) momentarily questioned people's hankering for their style of smoky goth blues and hard-fuzzed experimental folk – but once the Metro Times Blowout hit, it seemed every paper or blog suddenly had their ears opened for them. "That was the spark, everything picked up from there," said Bassett. The quintet played consistently through 08, locally and on tour. "The band is coming into it's own; I think I finally know where I'm going now." 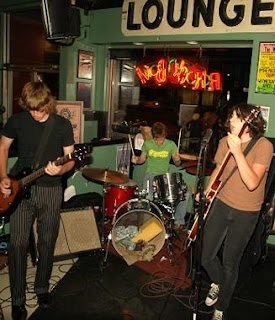