You tell me what an Of Montreal album sounds like... 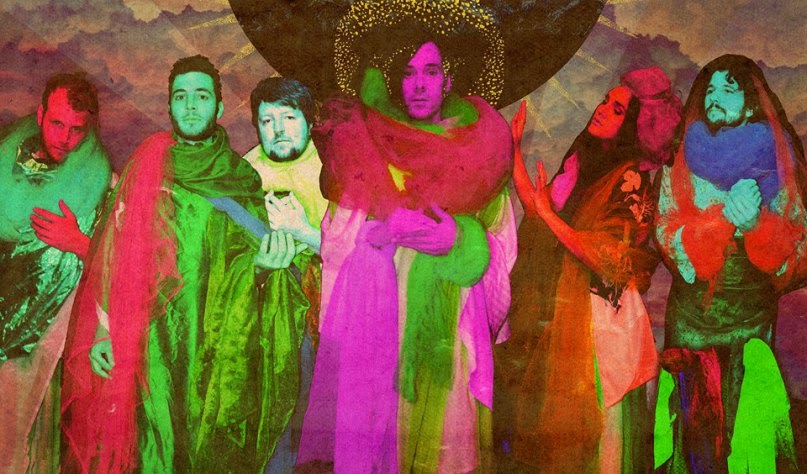 Kevin Barnes' episodic sonic odyssey unveils an altogether new realm distinct from the several records preceding it; with one shared characteristic sustained - that the listener will need a dictionary for every other verse's erudite effulgence, with the Athens-bred songsmith masterfully tetris-ing tough and terrific two dollar words into melodic cadences over guitar-centric arrangements that evoke a rainbow-lightning struck dimension where he mellifluously melds fluttering paisley psychedelia with rambunctious, reverb-smacked swagger of garage-rock. 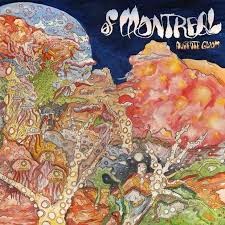 That said, Of Montreal albums have also conjured gothic Americana twang, sexy, sweat-beaded funk raves and spooky nursery rhyme folk balladry. Of Montreal, that is to say, Barnes, has never settled on any one sonic or stylistic island long enough to be considered a native of any specific aesthetic. With Aureate Gloom, he's embracing the foot-stomping, yowl-it-out clang and clatter of garage rock, with crunched out guitars and rollicking rhythms, mean-sounding minor keys that growl and bend with a wall-punching catharsis exerted under Barne's voice, distorted or teased with fuzz or heavy echo effects.

Lead single "Bassem Sabry" kicks things off with one of the few reliably danceable beats, an enticing disco sway and snap under wicked funk riffs. It's a curious blend of baroque-styles and electronica, with a sleek synthesizer grooving along with maudlin violins, but of course Barnes finds a way to make this work - even charming you with the singalong-ability into a call & response that conjures witches and cellophane monstrosities. Because no matter how weird things get it's always catchy; no matter how muddy the mix gets, no matter how caustic the tones or how literate the lyrics, Barnes still maintains a sensibility for the purest pop structures, from British Invasion to Doo-Wop, Girl group swoons to Laurel Canyon poetry.

"Empyrean Abattoir" pulses with an aerobic beat and a nervy basslick jogging to keep up with tight cymbal taps. Here, Barnes exudes the whispery weariness in his voice that would tie into the "golden despondency" of the album's title. While each Of Montreal album sounds substantially distinct, among the few common elements is the phantasmagoric deluge of Barnes' verbiage, a sensational kalidoscope of emotions, each song like a hardened melodrama quirked with colorful intonations and dreamlike/nightmare-ish recollections and longings... How could something so raw sound so divine? That's the magic of Of Montreal and it's on full dispaly with Aureate Gloom.

And that magic, pure and peculiar, will usually transmit to the core of you, dear listener, with every gritty, riffy track, as long as you're willing to brave the unknowable wilds of a new Of Montreal album, foreign sonic terrain as it usually is, exotic and strange and comforting all at once; there is a poignant pop to be harvested here... But are you digging for gold or for gloom? If both, then bring two knapsacks.

Out March 3 via Polyvinyl
Posted by jeff milo at 7:22 AM