The new Codgers' album has an excess of heart. Surplus of soul...a full cache of character. Such a richly rendered and transportive music, with its care for old world charms balanced by a contemporary, city-set narrative tone, can be scarce these days.

When a Codgers CD such as MASHER Elegies comes along, it stops you in your tracks. This sextet appreciates the necessary depths required for those journeying into aesthetic realms of folk & Americana, keen to create a world of characters and a multifaceted milieu of moods and anecdotal evocations, atop a resplendent instrumental plotting of regal accordions, atmosphere-augmenting lapsteel, sunray-ribboning banjos and violins and skyblue harmonies. 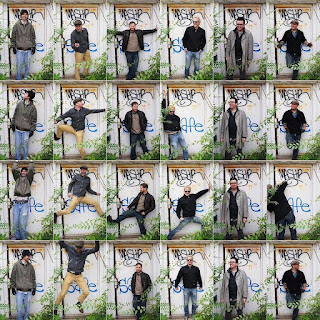 The group formed 10 years ago, out of Corktown, brewing a blend of traditional folk from America and Ireland, the raspy croons of Appalachia with the honeyed brogue of heather-filled moors. But there was always a bit of Detroit blues to their brew, something signature cement chips found only along curbs of the Motor City that wrapped a bit of midwest rust around their mahogany melodies...

When I hear these tunes, I feel endeared to the players, who seem to imbue their evocative arrangements with a novelist's composite of wistful revelry, heavy-hearted retrospect and raconteur-ish regaling. I also find the charms of cellos, violins, dobro and mandolins to be ineffably welcoming. This is the kind of music, like a rolling fireplace, that you want to spend time beside. Transfixed. Ruminating. A thaw for the soul!