So... Some closing thoughts and additional perspectives from several Kalamazoo (and Ypsilant / Grand Rapids-based) artists, contributing to The River Street Anthology. 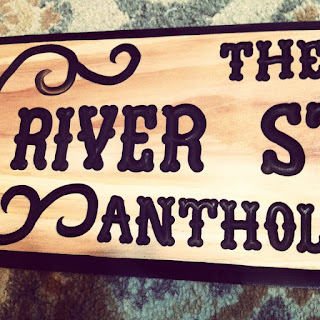 Read all about it here, via The Detroit Free Press
'River Street' captures Mich. music in historic proportions 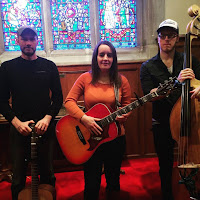 Lisa Moaiery– singer/songwriter
Hometown: Kalamazoo
Song “Kalamazoo Gals”
“I was inspired to write this song after listening to a program on Michigan Radio, in which Irene Stearns talked about getting her first job at Gibson. During World War II, when Gibson was still here in town, they continued making guitars while the men were away by hiring women. Gibson claimed they weren’t making guitars at this time, because it was thought of as unpatriotic if you weren’t making something for the war effort. Each guitar made by these women had a small little banner on them, “Only a Gibson is Good Enough,” and they turned out being some of the best guitars Gibson ever made. This song just came to me. It’s about all those women, but, really, specifically about one woman, Irene, who’s 94 and still lives in Kalamazoo. John Thomas is the author of ‘Kalamazoo Gals,’ and he recounted how (on Michigan Radio) how he had been so intrigued with a wartime photo he found of a group of women in front of the Gibson factory in Kalamazoo.  I feel like (the Anthology) is a very important project and that this song can represent a piece of Kalamazoo history.” 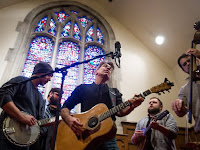 Nick Vander Vliet – singer/songwriter (of Who Hit John?)
Hometown: Kalamazoo
Song “Hopkins Creeks”
“Some of the singers on (this Anthology) don’t really have any recordings; they’re just folk singers in coffee shops or around campfires, so they might not have otherwise gotten a chance to be heard without this. To be part of Michigan history is just a small part of this; I think it’s more about finding another way that the music community can come together, and I’m all for that. There’s so much great music around this state, and trying to archive it all would be a huge feat, but still admirable. (Jones) has his heart in it, he’s so passionate about it; he puts in 12 hour days sometimes. I’m interested in what he’ll do with it. I know he wants to get it archived in the Library of Congress, but I just want to see where he goes from here, after today, if he ever gets done.” 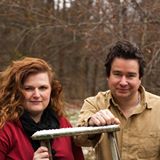 Laurie Laing – singer (of Belfast Gin and Northern Fires)
Hometown: Kalamazoo
Songs “Where Do We Begin?” / “Space That We Made” (Northern Fires)
“Nancy Whiskey” (as Belfast Gin)
“(Noah Nigg) and I had no idea going in that (Northern Fires) would receive such a response to our song. You could hear a pin drop afterward. It’s wonderful. This is an amazing snapshot in time of Kalamazoo music and there’s still an amazing amount of recording that’s going on today by so many other bands, here, that adds to that flavor. I really want to see (the River Street Anthology) continue. The word “framily” is tossed around quite a bit around here, because Kalamazoo is an amazing network of colleagues, friends, family, and this sense of togetherness, its fiercely defended. It’s beautiful.”

Bruce Ling – singer-songwriter, performing with singer Becca Ling
Hometown: Grand Rapids
Songs: “Diamonds In The Rough”
“I understood this project to be about Michigan music. I felt that I should give something original, not some Appalachian tune or an Irish fiddle tune, but something that came from my heart. I don’t want to say I wrote it, it’s more that I channeled it from an ethereal source outside of myself. I was born in Chicago and started gigging on the south side when I was eight. I’ve always lived by rivers, my entire life, couple of lakes, two oceans. When I heard about this, “River” Street Anthology, that name grabbed me. With rivers, they’re continuous, it’s just rolling And I know (Jones), we have mutual music friends in the Ann Arbor Scene, so I knew, from him, that this would be some kind of quality project.

Sarah Elizabeth Campbell – sketch artist
Hometown: Ypsilanti
“I’ve had to capture these brief moments, so I embrace simpler, or less detailed, or more dreamlike images. My style can be a bit cartoony, anyhow. There are lots of things here that strike me, the altar, the stainglass windows. Before, I had been doing portraits (of Ypsilanti singers, musicians) for a while. But (Jones) asked me to try drawing (River Street Anthology sessions). I’m like the courtroom illustrator. (Jones) and I talk about this often, exchanging ideas about documenting it. He just wants every aspect of it covered, especially some of the behind the scenes stuff. (Jones walks by and indicates, with self-deprecating levity, that Campbell even helped safety pin an embarrassingly positioned tear in his denim jeans). 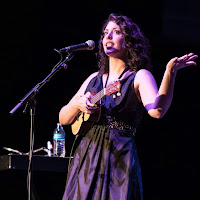 Megan Dooley – singer/songwriter
Hometown: Kalamazoo
Song: “Seven Below”
“I think this is amazing. I’m happy that someone is documenting it all. This region…, not even just Kalamazoo, but the entire state, is just really coming up to a different level, musically, and I’m’ glad someone is putting it all down. I feel like we’re doing something special here, something different than the rest of the country. Not only is the level of musicianship topnotch, now, but the attitudes and the effort people bring to this, it’s collaborative, we’re all working together. 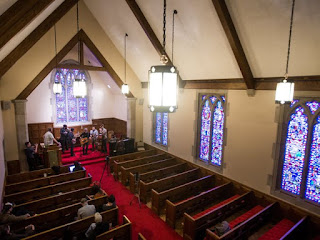 Tony (T-Rex) Roth – Kalamazoo music encourager/scene participant
Hometown: Kalamazoo
I think that (through the RSA), Matt has learned as much about himself as he has learned about the musical community. The fact that he is giving so much of himself through this project makes him one of the most important players in the community. It is just this sort of example that keeps the river flowing. I use the metaphor of a river whenever somebody tries to say that we started any of this in Kalamazoo. We certainly didn't start anything, but we are involved in enough music related stuff that people who don't know better can be confused. I feel like we  simply stepped into the river that was already flowing right through here. Musical communities like this don't have a single starting point and they have to be fostered by a whole bunch of people regularly in order to keep it flowing. I think we are continuing a tradition. I think that's what Matt is doing extremely well.


Gregory McIntosh – singer/songwriter (of Loose Teeth)
Hometown: Ypsilanti
Song: “Doppler Shift”
I was lucky enough to be the first person Matt recorded for the RSA. I've been very close friends with Matt for a long time, as you may know, and this project is one that's blowing my mind and, I think, fundamentally changing the way Matt sees the arc of his life. My enthusiasm for his project has only intensified as I've seen him develop and refine the concept, so much so that I asked if we could scrap my original solo guitar performance and replace it with a full-band Loose Teeth performance, which Matt obliged. "The Doppler Shift," is basically about fighting negative self-fulfilling prophesies within a relationship; find the doubts, then use some logic and reason to sink them so you can get on with enjoying the greatness that is inherent with caring deeply about someone. I used the term Doppler Shift as a metaphor for this (i.e. change your tone, young man!) but also as an inside reference to the proximity the railroad tracks to my house, which is also on River Street in Ypsilanti.