This is the last essay...(at least for a while) that I'll be sharing on The River Street Anthology.

Kalamazoo's T. Rex Roth shared some thoughts, as well as Graham Parsons from The Go Rounds. But, today, it's Ypsi-based singer/songwriter Greg McIntosh, of Ypsilanti.

Whereas my previous posts (and my forthcoming Detroit Free Press feature) sprang from the special all-day RSA recording session conducted by Matt Jones, this is an opportunity to get an even deeper perspective on not only the project, itself...but the man, (Jones), who started it out of his basement. McIntosh and Jones have been friends for several years, so the former would be an even more reliable interpreter of the latter's recent transformative experiences behind a modest Tascam....

For those of you just joining us... Matt Jones started recording singer/songwriters and bands in his basement, each laying down one song for a fledgling "anthology" of local (read: Ypsi/Ann Arbor) music... It has expanded to become a state-wide project, aimed at capturing as many (read: 300 or more) songwriters from across the state of Michigan. 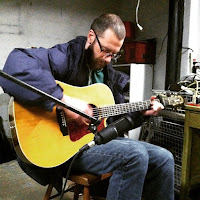 I've been very close friends with Matt for a long time, as you may know, and this project is blowing my mind.

I think (RSA) is fundamentally changing the way Matt sees the arc of his life.

I was lucky enough to be the first person Matt recorded for the RSA, and so, was excited about it from the get-go. My enthusiasm for his project has only intensified as I've seen him develop and refine the concept, so much so that I asked if we could scrap my original solo guitar performance and replace it with a full-band Loose Teeth performance, which Matt obliged.

When (Jones)' vision for the RSA expanded to a larger, statewide scale, it was hard not to immediately make the comparison to the historic field recordings of which I was obsessed in the late 1990s: Harry Smith's Anthology of American Folk Music, Alan Lomax's incredible collection of recordings from around the world, and John Jacob Niles's renditions of songs he learned from several Appalachian musicians he met while working as an assistant photographer in the 1920s and 1930s.

That a similar project hasn't happened, to my knowledge, since the 1940s or '50s probably has something to do with musicians realizing they had to keep the rights to their music closely guarded if they were to profit in the industry.

Now that the industry model has been in a decade long reconstruction, seemingly without any financial benefit to the creators of the content, and that the current musical culture is one that is carved out through countless independent Soundcloud and YouTube accounts, homemade demos, and house shows, it seems appropriate to have Matt curate this compilation not only as a record of what Michigan music sounds like in the early part of the 21st century, but as a way to filter the massive amount of content available to us in the digital age to a manageable compilation.

Also, just hearing music that's recorded live in a totally vulnerable state, untouched by any musical editing suite, is always exciting and while that aspect of the industry has always thrived, the RSA is unlike the Peel Sessions, Daytrotter, La Blogothèque, or Tiny Desk Concerts in that it's not a platform for artists who've invested in marketing and management to further climb the ladder, it's simply a snapshot of the current musical climate and therefore includes people who cannot afford to buy influence. 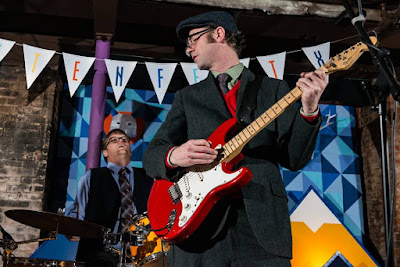 Anytime I read literature about the old days of the music business, local radio stations playing local artists is always a centerpiece. Hall & Oates were on Philadelphia stations before they broke nationally, Motown was played first in Detroit, Stax in Memphis, etc. Each city had its unique chart, but in the modern day, with Clear Channel et al owning the majority of the, we no longer have a readily available snapshot of what a place sounds like, which makes me think what Matt is doing is so important on another level.

A sense of place has always been present in the music all of my friends and I make, even if it's not directly mentioned and I love hearing records from other areas that evoke a vibe or make reference to landmarks that I can associate with a place. It's the reason people make pilgrimages to Strawberry Fields.