The sixth Detroit X Detroit happens this Saturday...
These mini-festivals have consistently featured a dozen or more bands and solo singer/songwriters lovingly embodying their favorite Detroit artists in appearance and sound, be they long-disbanded icons from decade's-past or, more often, contemporaries in the modern scene.

I caught up with the festival's organizer, Melissa Rowe, to ask her about six-year's worth of DetXDet, going down at the Loving Touch at 8 PM, with two stages.

What are some of your particularly favorite memories, or specifically memorable cover-performances? 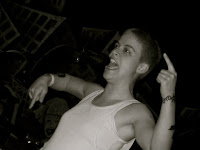 I will never forget – in our first year – Jen David (from Illy Mack) throwing back her hood to reveal close-cropped, freshly-dyed blonde hair for her performance as Eminem. At DETxDET II, The HandGrenades performed as The High Strung – and after seeing their performance, Josh (Malerman, from The High Strung) actually recorded and posted a rebuttal video on YouTube (https://www.youtube.com/watch?v=EKx9Jp0RTrE)!


Mike Galbraith & Don (Doop) Duprie both performing hauntingly stripped-down sets from Motown legends. Six & the Sevens playing for one night as a 13-PIECE, covering Edwin Starr. George Morris and his DAD on stage as Alice Cooper. A beatboxed Mayer Hawthorne set. I could go on. And on. It’s impossible to choose a favorite. With over 70 performances these last 5 years, we’ve made so many incredible memories! 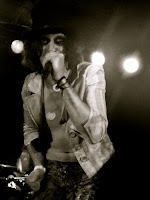 And what's the biggest reasons you've continued to curate DETXDET, year in and year out? What you've found to be most fulfilling/rewarding about it?


This event is such a passion project for me. The whole thing started as a playful April Fool’s idea, and after finding 12 amazing acts willing to give our crazy idea a shot…and drawing over 200 people in our freshman year, I thought, hey, we could do this again. And again. And again. Our second year, we connected with the School of Rock as the recipient of our event proceeds, and they orchestrated a special scholarship for our donated funds, to go toward a future Detroit rock & roller.

It seemed like a natural fit, with an event whose primary purpose is to celebrate Detroit music. Our third year, we began inviting the SoR students to open our show with their own cover set – and that’s been truly amazing. I love that they have the opportunity to share the stage with so many of our local talents each year – and they’ve wow-ed the audience so much, they’ve even inspired some folks to inquire about volunteering at the School. Our musical community here is so incredible – I’m not convinced a show like this would be quite the same, anywhere else.

To have 15 bands each year take the time to learn 3 new songs (just for this show)…I think that’s really something special. It speaks to their immense talent and dedication – but also to their own passion for Detroit music, that they’d even want to. I love hearing about folks in the audience gaining a new appreciation for either a local act (or a covered act) after watching a DETxDET set….and I’m also so happy each year, seeing the bands connect witheach other during (and after) the show. I’m so thrilled each year when people sign up to play, and show up to listen. I love our bands. I love our music. And I love this show. 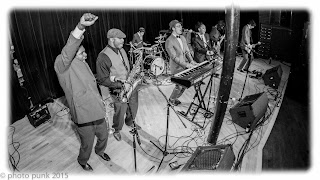 Yes. I remember when Jennifer David did that. Epic. Historic. I will remember forever.

This was the best sauce.