Here's a bit of a slap-dash posting...simply to highlight a few local bands that I've been really digging lately - which leads me to acknowledge that even if myspace is a double-edged sword it still leads to you, or me, or she or he, or your mom...having the power, if they're diligent enough, to find these bands on any given minute of any given day...
The other side of that sword, inevitably, is getting lost in the white noise blathering of the internet, as I'm sure this blog does...
but that's for another rant...

for now, check out The Farewells from Ypsilanti, indie rock that spans from dreamy-lo-fi-pop to swaggering guitar-heavy-rock, playing T.C.'s Speakeasy on May 24th! 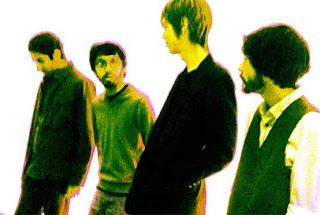 ...who play the Painted Lady in Hamtramck on the 23rd and Northern Lights Lounge on the 24th. 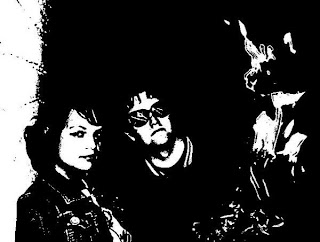 classical caustic basement-experimentation lo-fi-fuzzed-indie rock! But, you can read more about that an in upcoming print-version of Deep Cutz


Lastly, The Netherfriends
I just listened to the (hard copy) of their impressive debut EP this week, after they visited the CAID earlier this month. Here is an older Real Detroit article I had written on them before. The last thing I want is for this to come off as the typical blogger-first-kid-on-the-block-to-say-so about a band...I just want people to listen to them... 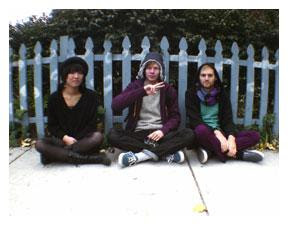 The Netherfriends
This Thing Called A Heart

“Some guy once told us we sound like the bastard pop-band from hell that he has always been looking for,” says singer/guitarist/pianist/anything-ist, Shawn Rosenblatt of his fuzzed experimental gypsy space-folk trio, The Netherfriends. The guy also said their sound might sound like, “if the Zombies and Animal Collective met and recorded in a kitchen.”

But that glosses over the radiant sky-blue soul of the warm tones and capricious melodies; an otherworldly map sprawled upon the shag carpet in front of your record player with ‘60’s pop LPs. Subtle synths soar throughout with roughly-hewn cerebral wings over versatile percussions — visceral lo-fi hums and harmonies, pastoral melodies and skewed realist lyrics.

It’s worth toasting an Internet musical community where eureka sunrays like Netherfriends can find audiences, and Scrummage University is helping to galvanize an earnest, heartfelt underground devoid of desires for labels or hit singles — embracing refreshing sensibilities for a new underground.

It started as Shawn’s solo project; the material was written and recorded in his apartment with dynamic mics, audio interface and “a bunch of zany instruments” (with additional audio contributions from his bandmates and girlfriend). Shawn found his comrades on Craigslist: “[Paul emailed] me something on the lines of ‘I don’t have a set, but I will play a ladder with a toothbrush.’ We settled on pots and pans and practiced in my bedroom. Angie sent me a track of a rap song she recorded. I loved it and knew she would be perfect.”

“Setting up a tour is surprisingly easy with the Internet these days,” says Shawn, who works part time in a real estate office, at a desk, by himself, with time to peruse the electronic landscape and put the tour feelers out there — they busied themselves during winter-break, booking a tour without sending a single press-kit. Job well done.