The sturdy rhythm duo soon paired with Alex’s newly enlightened guitar styles to begin writing as Light in August. (They take their name from a William Faulkner novel; “In the book,” said Alex, “the ‘light’ is a symbol of the new generation. We thought it was a fitting name so we stuck with it.”)

“Since we are all fluent in each other’s instruments,” said Ian, “that makes songwriting more interesting because we constantly exchange ideas for what to play.”
“We are in the middle of recording,” concluded Alex, “our first EP, ‘Places,’ at Rustbelt Studios, which will be released sometime in mid-July.”

firstly, how and when the band came together? how long have you all been playing and how you got into music...?


Alex: Light in August just formed last summer, but we've been playing music together since we were teenagers. In high school, Ian and I played in Astral Plane, which was a progressive rock group influenced by Pink Floyd-esque music. A few years later, Jack was screaming to Ian's breakdown guitar riffs in the hardcore metal band Cellar Door. In college, I had been performing with my acoustic guitar around the coffee shops of Ann Arbor. I also spent time traveling to India where I learned to play the sitar and then living in southern Spain for a year where I studied the classical guitar. Meanwhile, Jack and Ian were playing music under the name The Fuse. When I got back from Spain, we began working together on new material in our hometown Royal Oak and by late summer, started performing as Light in August.


each element, the guitars, the bass, the drums, sound very distinct--i can't pin it down, funk? jazz?--what would you say are some of Light in August’s main influences?


Alex: We all have gone through a lot of music listening phases but some of the bands that are most special to us are the Beatles, Stars, Wilco and Radiohead. Vocally, I look up to folky singers like Cat Stevens, Nick Drake, Bon Iver and Chan Marshall. My guitar playing is influenced by a lot of fingerpicking and classical guitar music. When I was younger, I always used a pick but now after playing the classical guitar I feel much more comfortable just using my fingers.

Ian: As far as drums go, I am heavily influenced by Carter Beauford and Dave Grohl. They are two completely different schools of drumming- the Dave Grohl style is an in-the-pocket, serve the song approach while the Carter Beauford style is more of a 'play around the beat' way of drumming. When both are mixed well, it makes for an effective style that lets the song sound its best.How'd you come to be named thus?


Alex: Before coming up with Light in August, we went through many different band name ideas. One of them that almost made it was 'The New York Times' which was shot down due to the possibility of getting sued (although I though it would actually be pretty cool to be sued by the New York Times). The name Light in August does come from the William Faulkner novel. In the book, the 'light' is a symbol of the new generation. We thought that it was fitting name so we stuck with it. We figured if the band As I Lay Dying can use the title of a Faulkner novel for their name, then so could we. 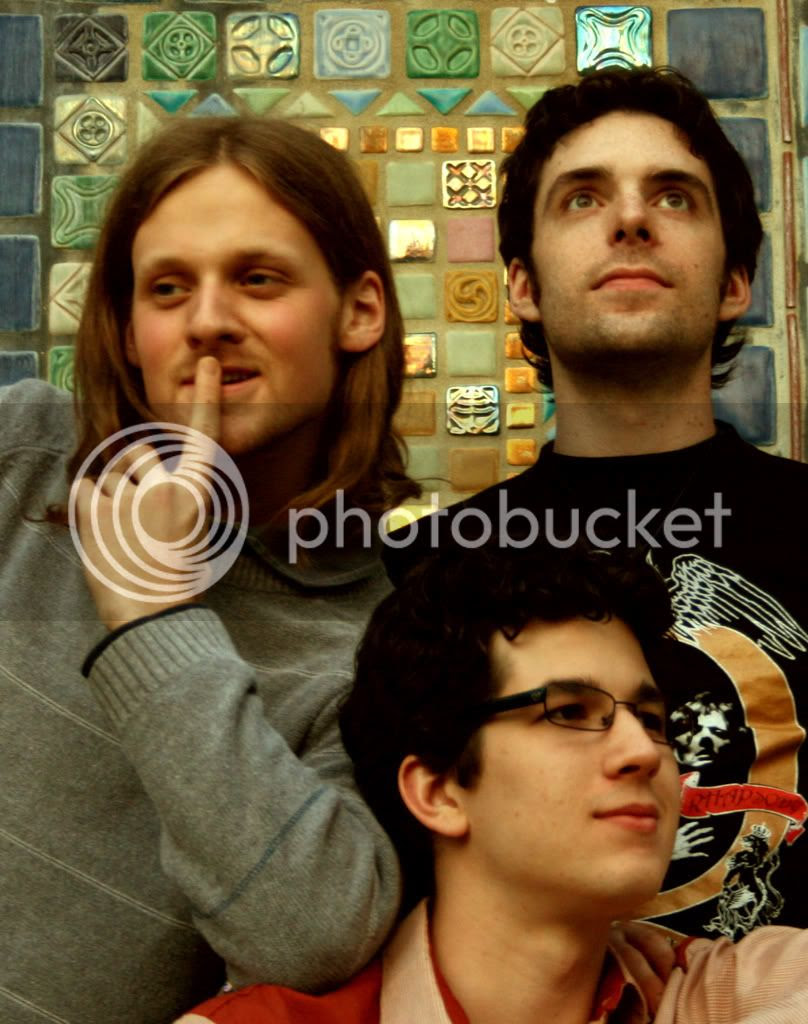 
How do you approach songwriting--and how do you feel about instrumental music--as it seems you aren't afraid to shy away from lyric-less formats...

Alex: When we're writing, we always try to do what is best for the song. In Cloudy Beginnings for example, the guitar part was begging for the song to be instrumental so we just kept it that way. In some of our songs (ie. Krishna Consciousness, Ashes), the choruses don't have vocals but we didn't really do that consciously, it just seemed like the most natural way to write them.


Ian: Typically we write as a band. Either I will write a drum part and Alex will find a guitar part that fits to my beat or vise-versa. Since we are all fluent in each other's instruments, that makes songwriting more interesting because we constantly exchange ideas for what to play. As far as instrumental music, we love everything from Steve Vai to Mogwai to Explosions in the Sky. We're definitely not afraid to hold the vocals and let the instruments do all the talking.

Future plans for light in august?

Alex: We are in the middle of recording our first EP entitled "Places" at Rustbelt Studios which will be released sometime in mid-July. Aside from that, our main goals are to be constantly writing new music and playing around as much as we can. Our upcoming shows are at Jacoby's on May 31st, the Belmont on June 19th and the Ann Arbor Street Art Fair on July 18th.

Photos by Amy Palomar
Posted by jeff milo at 9:15 AM