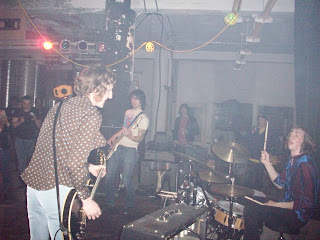 You'll have to forgive the shoddy quality of my journalistic reconnaissance for this trip - I hope it doesn't come off as that amateur cafeteria-gossip-shout-tone - but it still has the desired effect of indicating that Dan Kroha, from the beloved Demolition Doll Rods (apparently on indefinite hiatus) performed with his new band last night, The Readies, which formed sometime over the winter. 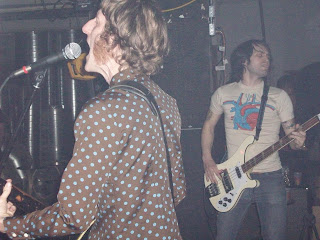 Unlike the Doll Rods or the Gories, it has a regular bass player - and a full drum kit. The show went down in a cleared out loft above the Park Bar (behind the State Theatre) which, combined with the beer from a cooler, gave it an almost what's-the-password?-type vibe to the joint.
The sound, from what I can remember, was a sturdy set of classic rock with Danny's own penchant of obscure blues/folk and an inevitable garage-punk energy. But that's just a lazy throw-together of words...the point is, they were tight, Danny's solos and his voice, as always, were show-stopping. Can't wait to see/hear tham again!
All I really have to offer is photographic evidence...most of the shots taken by my brother, Mike. 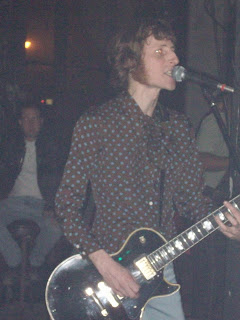 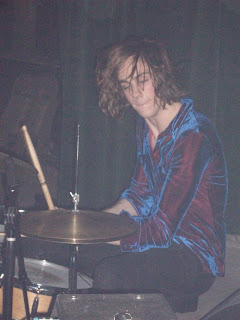 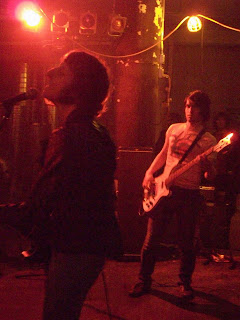 (Also, visit last night's headliners, Magic Shop)
And I promise the next post will be more...well,...I don't want to say professional...because you always want some bit of questionable stability...at least in the realm of rock journalism. Who's to say what I'll write next? More details and dialogues on the horizon... 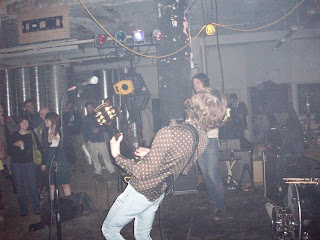