Tart: These Are Not Love Songs 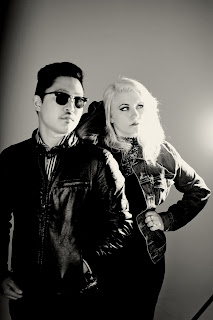 Tart is not (merely) a pop duo and these new tracks are not love songs...

Who wants their music pre-packaged into such a cramped categorical cube?

Despite their minimalist set up, the Detroit-based duo of singer/lyricist Zee Bricker and guitarist Adam Michael Lee Padden are showing a lot more breadth on their second EP These Are Not Love Songs, finding a way to fill out the sound with more samples, sleeker percussive arrangements, richer harmonic layers and an even stronger vocal delivery (by Bricker), crisply captured by producer John Smerek.

There's more punch (with opener "Buzz" revving with a clenched riff and a twitchy, quavering vocal delivery) and more pared back poignancy (somber, star-gazing slowdancer of a closer with "Stasis"). The cardio-kick-up of those techno-inclined dance-club drum samples have tightened up under Padden's acrobatics (some strange bridge between the celestial barrel-rolls of a Jonny Greenwood and the smooth, shimmying funk chording of Niles Rodgers).

Take, for instance, the interesting cycloning riffs that build up and then cascade downward through the chorus of "Hello..." showing a strengthened sense for song craft that builds (and releases) tension.

But then, they're not exactly dance songs, just like they aren't love songs... Call it electro-rock, if you really wanna hang something on it... But then you have the balladry of Bricker that joins the likes of Lykke...Florence...or Zola... able to belt something with so much power and presence and yet keep the vocal melody lithe enough to spring upon the buoyant beat arrangements, pairing a sense for the theatrical with the enticing abandon inherent to a flat-out fun kind of dance-pop jam. Which is so fitting for Tart, because in their first two years they've essentially established a proclivity for encouraging the scenesters to let their hair down a bit, get close, dance... The opposite of "stasis..."


Tart is releasing These Are Not Love Songs on Saturday, July 11 with a concert at The New Dodge Lounge (8850 Jos Camp, Hamtramck) INFOFeaturing: The Handgrenades / Belterra / Fluffer 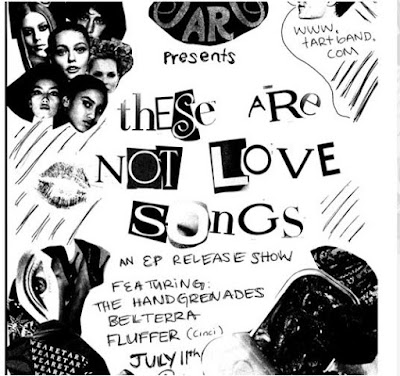 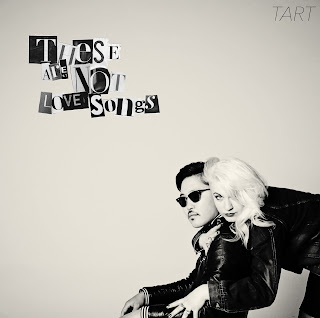