“The whole trip becomes more interesting when your band is adventurous and takes the long view….”
Michael O’Connor, singer/bassist, VSTRS

“Our direction is only to go where the music takes us….We leave ourselves open to channeling the energy that surrounds us…”
Kristin Lyn, drummer, Warhorses 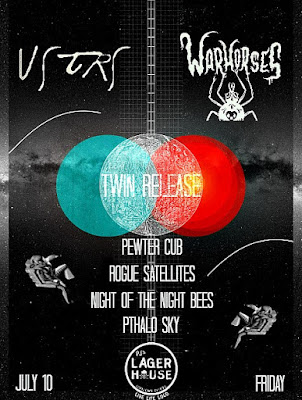 Two Detroit rock outfits found themselves wrapping up projects at the same time and decided to throw a dual release party… Both Warhorses and VSTRS occupy an indiscernible and vaporous nether-realm of rock, sparked with a pale supernatural glow to their tones and timbers, curtained with spooky distortions and dizzying echoes, propelled by an aggressive rhythmic arrangements and combustible guitar solos… You’d call Warhorses psychedelic if not for their more gothic and cinematic sensibilities… You’d call VSTRS prog, maybe, or even space-rock if not for it being more grounded by its hybrid blend of garage-stomp and post-alt-rock grind.

For Warhorses, there’s certainly a darkness, but something more dreamy or cerebral about it…
For VSTRS (Visitors), there’s not necessarily a concept… (again, not prog,) but it’s definitely aspiring (or journeying) toward something headier than just another rock trip…

“Our interest in the dark side is more to shed light on it,” said Warhorses’ drummer Kirstin Lyn. “That takes its power away. We can then harness that power and intensity into creating our heavy grooves. I mean, there’s so much chaos, death and destruction in this world…and although that’s part of life, we use our music as a way to channel those dark feelings and ideas and turn them into something positive.” 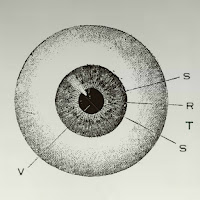 The concept for VSTRS, meanwhile, was to work toward building something more organic. Bassist Michael O’Connor and drummer Zach Pliska wanted to move away from the route of their last band, which followed built-in electronics and looping structures. “I was interested in movements of melodic space and aggression within the same piece…(but) without some of the more traditional psych-rock elements…I think that’s one of the concepts that everyone was attracted to (in VSTRS).”

Warhorses features Mike Alexander on lead vocals/guitar, with Lyn on drums, along with Eric “EZ” Myers on guitar and Nathan Miller on bass.

VSTRS has O’Connor and Pliska as its rhythm section, with DJ Sovey on synth, Katie Galazka on vocals and, again, Myers on guitar. Myers serves as guitarist and engineer for both bands.

Among Warhorses most prominent influences, the psychedelic styles are surely stitched into the sleeve, but it’s the grittier, dried-blood brooding energies of the Jesus & Mary Chain, BRMC or Grinderman that growl the loudest… With VSTRS, having started out, essentially, as a Pink Floyd cover band, that spacious, swaying epicness is forms the sonic umbrella for the tightened art-rock flickers of Radiohead and the erratic guitar ballets of Gish-era Pumpkins…

With both bands wrapping up material around the same time, the idea sprung to make a super-sized event out of it, invite as many bands as possible and split the sets between two stages to subtract any downtime.

“We just wanted to put together a fun show with as little pretense as possible,” O’Connor said. “Having been around the scene for a minute, it seems a release show is less about ascension or trying to garner one of the latest buzz-bands and much more about the people who’ve meant something along the way, whose musical and artistic pursuits have, at the same time, been impressive. “

“Camaraderie within the Detroit music scene is very important to us and we do our best to help boost that; most musicians in this town are very supportive of one another. We’re thrilled to have Night of the Night Bees, Pewter Cub, Pthalo Sky and Rogue Satellites join us,” said Lyn.

The Rogue Satellites, it should be noted, make an appearance in the Warhorses new music video for the single “Burning Desire.” The video was produced by Gold House Media (Kevin Eckert & Natasha Beste) and will premier the night of the show. 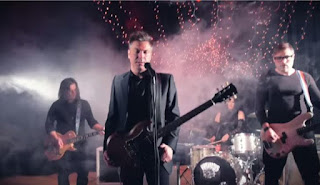 Stay tuned via the Warhorses Facebook for updates on the video’s premier as well as further info about the show: https://www.facebook.com/warhorses
Pre order the vinyl 7" (via Escape Velocity Records) here: warhorses.bandcamp.com

Meanwhile, you can preview the tracks on VSTRS s/t via their bandcamp: https://visitorsarehere.bandcamp.com/track/traveling