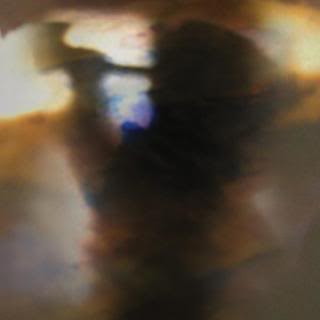 For the band once known for finding good loving outside, with press pictures disguising its players in animal masks, their earthy elemental-leanings remain incorrigible – particularly when, as lyricists, they reflect on the rigors of tours or try easing their vertigo, however denied/ignored of the bated-breath attention given them in the upside-down world of internet-hipster fame – as tackled on this record’s most invigorating entry, “What Would I Want, Sky,” where they sing of “feelin stormy, feelin foamy,” refraining “I start to worry / lost in the flurries,” where the river acts as metaphor for big tours/buzz-factor’s uncontrollable fame-force and the “Sky” as the last place to escape to, the most wide-open and freeing refuge to “float up” to…before it, like their schedules, “fills up.”

In a recent interview, AC’s Avey Tare admitted that “the transitional seasons” were his favorite and that Fall Be Kind was definitely not reheated Merriweather leftovers. “Will I get to move on soon?” he chants in characteristic AC wavering melody on the final track, to which the answer is the song’s title, “I think I can…”

Indeed, this is a documentary of transition for a band that many are watching; an experiment to see if this and future recordings will receive salivated cushioning of unquestioned golden eggs or will be torn down by inevitable knee-jerk haters sick of hearing every third person incant of the rapturous sway of hits like “My Girls” or “Summertime Clothes.” Whereas the two formers from Merriweather were warm and blushing affairs of closed-eye-ecstasy to dance barefooted in the cool summer eve’s breeze, tracks 3 through 5, two-thirds of this record, effectively kill the amber-hued lamps, douse the incense, and open the windows to let the chill of winter in – things get dark and sparse; the ambient fuzzy furls of synthesizers are still integral and their ghostly cooed vocals still massage the soundscape but tones are cold and clangy (“I Think I Can”), whispered vocals, fragile and bleary and distant feeling, like the foreboding gale echoing over the dead grass of moonless hillsides (“On a Highway”), or the monster’s breath-loop of the low buzzy bass in the background of “Bleed.”

Diary-esque indulgences like the nocturnal “Highway,” the back-to-their-roots atmospheric/woodsy dream-states like “Bleed” and the cathartic give-and-take between stressed/hopeful on the hand-clap bounce of “I think I Can” were not only necessary, but therapeutic for the band, artistically, and will likely strengthen (I’m sorry to say, haters) their next full length. But it’s not all band-therapy – “Graze’s” textured, soothing sunrise piano-pulled intro struts and stomps its way into a playful flute whirled jig, burning with bass surges; while the aforementioned treasure, “Sky” while ostentatiously slow to start becomes a grinning, easy-goin dancer minimalist piano ballad.

“What is the right way? / Stop daydreaming, dude.”