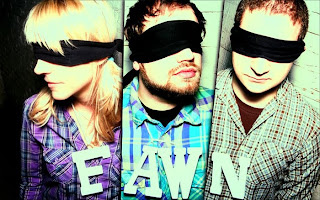 Fawn debuted at last week's Sounds & Spirits Holiday Spectacular at the Magic Stick - this melodic, atmospheric indie-rock project combines a trio of unique voices in Detroit's scene - the-as-of-late-utilities-man/contributor of Child Bite and Javelins (and Copper Thieves and Kiddo), Christian Doble provides a mid-range coo to meld with the balance of delicate lullaby and powerful belt of the Nice Device's Alica Gbur - while the flexed flow and tightly locked tumble of the Javelins' Matt Rickle keeps the beat. -What I've heard so far seems to be a pretty pleasing blend of sensibilities, from art-punk, to indie-shred to hints of unabashed pop - and it's got heart.
Take a listen:
Fawn - Fur In Winter
Look for their name and jump to their next show... 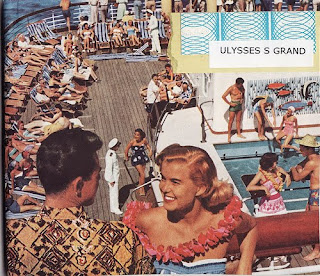 Ulysses S. Grand is a burgeoning hip/hop project from solo spitter/programmer Nick Koenig - whose banded around with an always-lingering project (that this writer would recommend) called Cave System. Koening, as Grand, culls together the head-spinning speed and diction of influences like Aesop Rock, blended into the melancholic and poetically apocalyptic flavor of Why? or BMSR's Tobacco - but still holds an undeniable penchant for the atmospheric indie-rock that which he dabbles in other scenarios. Head over to his site and you can get free downloads of his stuff - ...or, on second thought - check it out here:
Ulysses S. Grand - Caught Red Handed 7"(pictured above) or - Glimpser EP

~
In the mood for something dreamy? With drum machines, surfy guitars and hazy vocals and lots of syrupy spaced out reverb? Head over to The Sugar Clouds and take a listen... "Song of the Dead." We are intrigued... -
Posted by jeff milo at 4:29 PM