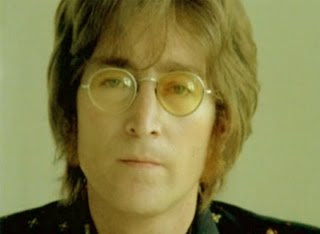 Today, I've been Atlas...under the Earth of the Beatles...

The tricky area is stirring up the debate of how much of art, really, is reactionary? Does all pop-rock-etc--music flow from the Beatles' tributary, in some way or another? Can all art be linked back to Da Vinci and Michelangelo?

How certain are you, of the extent to which the Beatles really have impacted you? Does it come out in your songs? Or do you hold "All You Need Is Love" in a similar regard as a more pious church-going Christian might regard the beatitudes, or the commandments?

Can you hear it, in your heads, that thumping, clanging, crescendo from the middle and end parts of "A Day In The Life" 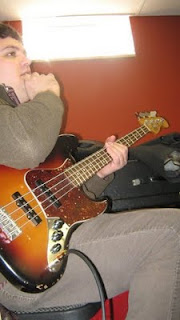 Horns and strings and drums clasping together after the 24-measure build up of madness: CLUNG!!!! It's like all the bands and all music made has been reverberating with the mesmeric punch of the Beatles, shaking our heads, looking back, trying to readjust ourselves to the quake that they left behind...

We live at what feels like the end-of-music-history... a dizzying throng of branched-off branches upon branches...all branching upwards from the roots of modern/contemporary pop music... The Beatles are the soil, really, and the longer I write about it, the further I'll drive myself into head-scratching, heart-swooning madness. 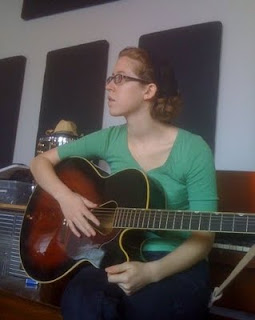 It comes down their eerie ability to unite us... No matter how comparmentalized our Facebook profiles make us seem, deceptively displayed via book, movie, tv preferences or jobs or single status or whatever, wh: Hipster, Melodramatic, Romantic, Republican, Democrat... Still... if there's anything... it's Beatles.

The mother of all Deep Cutz philosophical rants... I may never pin it down...

"We had a hard time picking our songs," said Eleanora's Julia Stephenson, because her band was split equally between favoring Beatles-material and Lennon-solo material. "Being for the Benefit of Mr. Kite! is a fun one and John himself was split on whether he even cared for it. It's complex and has a lot of room for musical interpretation, which, as a five piece already using some unusual instrumentation, makes us very happy."

Their 2nd pick, "Norwegian Wood" was chosen because "(the song)'s style reflects our own. I feel as though this song represents John as a human; people often talk about him as some infallible force when he was just as much human and guilty of being-so as anyone else. He wrote (Norwegian Wood) while on holiday with his wife, about an affair he was having. So, for the women in our band, there's a degree of bullshit that we get from the song, and yet he ended up falling in love with a very complete woman. In that sense, we feel like we picked an ignored aspect of John's life, but still important in telling his story, just as much as the whimsy, the politics, the true love and the anger."

Stephenson claimed that Lennon's "life and work shaped world history, in music, politics and art, and as a band we're influenced by his different facets. Personally, I'm moved by his relationship with (Yoko) Ono and the passion of their collaboration."

Anthony Retka, of Tone & Niche, will perform "Crippled Inside" from Lennon's solo catalog. "It has classic American elements in it, something John was accustomed to doing - which is ironic since he was so obviously British. It's about not allowing 'appearances' to take over who you are. It is classic Lennon in its social awareness, but is not so heavy in its ideology, which can sometimes alienate a listener." With "Crippled," Lennon "achieved balance...in message and style." Afterwards, they sing "Strawberry Fields Forever...this IS my favorite Lennon song. It is a wonderfully dynamic tune. It came just before Sgt. Pepper and was one of those 'one-time-only' moments for Lennon and the Beatles. A song like Strawberry Fields Forever is truly a work of art."

Retka concluded, "Lennon remains my favorite songwriter because he wrote from the heart, sang from the gut and didn't let any walls stand in the way of his creativity. Niche and I are looking forward to it."

Jeff Howitt, of Duende, said that his band's selections were influenced by a period of Lennon's life where he became intertwined with the legal travails of Detroit's renowned writer, poet, activist, John Sinclair. They'll do a duet with Illy Mack's Jen David, on "Yer Blues" and "John Sinclair..."

The band, through a handful of recent collaborations, established a friendship with Sinclair. "Lennon actually got Sinclair released from jail and vicariously helped change the marijuana laws in Michigan," Howitt said. "Ultimately, that kind of show of influence on the public worried Nixon as Lennon and Sinclair plotted to follow him around during his re-election bid, doing protests." (See: The U.S. Vs. John Lennon).

"That's when Lennon started getting harassed for his immigration status. His story is very tied up with the Revolution Politics of Michigan of the time, but where he faced a militant, anything-goes-opposition, he was an intellect with compassion for every day people."
~