I'm not the first to call for It's execution - but I think nostalgia ...should officially be eulogized, ...particularly in a world where the Beach Boys (and likely, too, the Rolling Stones) will be ambling through their 50th-anniversary tours...where Abbey Road is the top selling vinyl album for 2011... where Dexy's Midnight Runner's are being played on the "Oldies"...station?

I'm constantly over-thinking the role music plays in our daily lives - cerebral synapses surging the jittery fingers across the keyboard too swiftly and often without any second thought to those poor souls who take it for granted, the stuffy squares who nod it away as a lulling element from drug store ceiling speakers...

Superstars of the 80's, a CD compilation, is currently spinning through my car stereo. The gooey, gaudy, cringe-inducing saxophones and wheezy synth wailing melodies of J. Geils Band's "Centerfold" or Human League's "Fascination"... the horrors of Starships "We Built This City" and the laughable slow-dance-ballad of Pat Benatar's "We Belong..."

And I thought how quickly musical moments, genres, eras... are crumbled some-years'-later, by satirizing wrecking balls - when Pitchfork came to prominence at the start of the 21st century, it was the Grunge or Rap Rock or the teenie-bop revivalists who were in the crosshairs of repudiating, high-horse trotting hipsters.

"Like, gag-me-with-a-spoon, already...can you buh-leeeve that we learned all the words to the entirity of "The Past Is A Grotesque Animal?" -That we fell for the Bon Iver bandwagon or that we were posing as: -Black-Keys-fans-from-before-they-sold-out-Madison-Square-Gardens..."

In Internet world, doesn't everything just become passe at a quicker rate? I'm onto the next thing, already... You might as well be playing "Everybody's Workin' For The Weekend..." while you're playing that M83 track... (Right? Well...maybe...maybe eventually).

Best New Music... as Pitchfork once used as their kingmaking hyper link label...

What stays best anymore? That's all subjective... but...

I guess what matters is what moves you... Whatever gets you through... (as the possibly-most-highly-sanctified rock icon, John Lennon, once sang)...

That's all well and good. Yes, "Midnight City" cheered me up and made me feel cool as I drove through a traffic-light-flickered, headlight-splattered metropolis, on my way to see dynamic people say momentarily profound things over ice-crackled cocktails before they slid up and began undulating and emoting with inspiring abandon, all across a splintered stage under dim lights, for an hour or so up until the clock chimed 12....

And, yes, I got up the next day and wrote something, like this...

Whatever gets you through... But, then, we shouldn't always be drunk on Kool-aid, zozzled by memories of perfect listens...rose-colored ear-buds...


Scales fell from my eyes - bless the still-yet-flickered sustainability of music writing... Tiny Mix Tapes tore into Guided By Voices... Indeed. Exit-Flaggers-fly at half-mast! Bronze stars for the robot boys... In an Internet world where we can be tuned into anything from Tinarriwen, to Kings Go Forth, to the reissue of CAN's Tago Mago or whatever new mixtape thing the Weekend is putting out, shouldn't we be ready, emotionally, psychologically, to be brutally honest with the bands that once adorned our bedrooms and dorms via posters and scattered CD sleeves? We have to be ready to write, shouldn't we??-- to judge properly? "...for those of us not indoctrinated into the Cult of Uncle Bob..."

I'm not saying that in the year 2023, we'll hear Animal Collective on some sad, fractured replicant of a radio-entity's broadcast and laugh at it with the same embarrased-yet-so-glad-I'm-cooler-now/delusion-of-grandeur that we, as music listeners, do, now, with 80's Superstars...

No, the way, it measures out, likely, is that last decade's crop of hipster-indie-superstars will be regarded the same way we looked back upon post-new-wave and post-punk icons like The Smiths or even the Pixies...

Maybe. (Hey, good thing the Pixies never tried recording another record, like GBV, huh? And--wow, what might happen with this whole Neutral Milk Hotel reunion...or At The Drive In, for that matter?--at Coachella)

But then there are those cases... The mega stars, the heroes, the icons - who, for a significant period impacted us, gave us substantial inspiration - whether it's Guided By Voices or the Wu Tang Clan...


...But there's no way we're going to be as replay-happy and reverent / box-set buying and kowtowing as we are to the Golden anniversaries of the Rolling Stones or the Beach Boys... as we were to GBV, not in that same sense, to that same level. We shouldn't be. Because nostalgia's fucking dead, now.

We're sluicing and surfing through wild, rickey cultural chutes, my friends... Oldies don't mean oldies anymore... And icon-- is just a word Amazon uses to sell you something by an artist for whom your worshipful torch has dwindled to bleary, nostalgic sparks...

We are ever in the moment now...

What you've done, what you just did, the song you just uploaded... is beautiful. Has a beauty of it's own. But nothing is so sacred to be packaged as a press-release claiming something to be the absolute next revolution - or to be re-packaged and re-sold back to you as the return of that great era you loved so dearly... 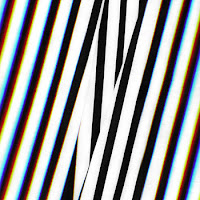 The tracks above are all of this moment...and they do have beauty. But what the streaming-artists-above do next will be just as dynamic - forget that there will be no oldies stations...for these tracks to one day be-recycled-by... (no Future Oldies!... What a Crappy Future!) ...

If you can go everywhere and anywhere on this Internet music milleiu...if the playing field is completely level, then consider the musical fields of your own backyard, while you're at it...

Pupils
and...
a preview of a forthcoming EP by K.I.D.S.'s Deleano Acevedo:
Libra Dreams/Future Landscapes by DeLeano Acevedo
Posted by jeff milo at 8:53 AM