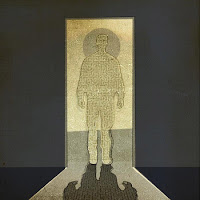 Those familiar with Detroit rock quartet The Questions' style will find a refreshing re-imagining of their characteristically dusky, rampant psyche/blues bellows when the groups lead singer Drew Bardo lets "these songs breath in a different atmosphere..."

...That atmosphere being: the Ferndale Public Library (for an early evening show, 7pm, Friday, Feb 3), joining the High Strung.

That evening, with his bassist Pookie Grech taking some time down in Brazil, Bardo will perform an acoustic set geared away from the "electric chariot" that the Questions have harnessed over the last several years. Bardo sounds like he's reveling in the bit of fleeting free time he's found, with Grech away, to excavate some of the hundred or so songs (from more of his "storytelling-"-angled catalog) that his band mates haven't even heard yet.

This is more purely Bardo's voice and personality, where as his full-band/electric side is molded more to the collective personality of the band (which includes drummer Will Linna and guitarist Chris Kreczkowski). Both sets of material can start the same way, an acoustic guitar and a notebook, but with the full band, Bardo said, "it's refined and surgically altered over time--- but here, I am just laying out material exactly as it sounds as I compose it. A naked honesty that many of the songs I write cannot do without. Some tunes don't work well at all when you attempt to plug them in-- so this show is a good opportunity for me to work some of these idea's out a bit to see what sticks." 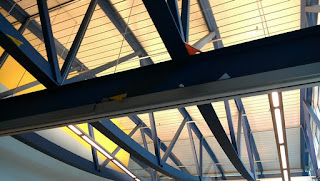 Picture it akin to just sitting around a campfire, Bardo said, or a coffee shop for for close family members.

"For me, that's where all of it began. It's exactly what I've been doing since I was 14 years old, so that being said, it's business as usual. The first few years that I ever played music live was just me and an acoustic guitar. That's how I started, in coffee houses and house parties. That's how I met everyone in the early days that eventually became my inspiration to start the bands I've been in. So it's kind of getting back to basics for me-- Or going back home to a familiar place...."

The songs on display at the Library, this Friday, is a sonic outcropping of Bardo's materializing plans to develop a solo album to accompany his current book, hopefully to be published -late 2012.

"Some idea's are much stronger in the context of music-- and when I begin forcing them into my literary work out of fear of losing them altogether, that's when I know it's time to get artistically organized. With Pookie being in Brazil for a month- Will no longer able to play drums, and Chris & I eyeball deep in filming video's to promote "Chasing The Light", it's just a perfect storm for me to birth some of these songs that are emerging...."

So this former slam-poetry-circuit performer is coming to the library to help him take mental/spiritual/creative inventory... that sounds like it could result in quite an intriguing set.

It also helps me take inventory for The Questions as well- going through piles of idea's and figuring out which ones make sense in which particular projects-- it's a bit of a puzzle, but an exciting one at that.
The Questions are also planning to go into the recording studio and punch out the follow up album this late winter, Bardo said.

"I'm not getting any younger, and the world is not getting any more sane, so I guess I'm feeling the crunch to get as much material out as possible. Life is unpredictable and one ever knows when it is going to end, so when I sit here and stare at all these silent songs, I feel it necessary to give them a chance at life before it's all over for me. I'm really digging the chemistry of this project as well- it's really organic. Right now it's acoustic guitars, Violin, Mandolin, and vocals. Very simple. Very honest...." 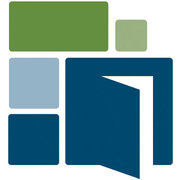 "I'm all about the Library. I've been a regular at my local since I was a small child-- I feel they are the last great social institution. They are a mixing bowl for people who choose to be cultured. A magnet for curious souls, young and old. What's not to love?"

This is part of the Library's First Stop Fridays series
Find more info from the 780's and hear some High Strung songs here.
Posted by jeff milo at 7:43 PM