This coming Saturday – it’s the fifth annual Fiberglass Freakout. Featured bands this year include: Qualia, The Questions, The Beggars, Speaking Tongues (from Toronto), the Birddogs and Carjack. Also, the sweet surf sounds of The Vocanos, a Deep-Cutz current favorite: Oblisk, the newly reenergized psyche-folk of Electric Lions (formerly Charlie Don’t Surf), and returning for the first time in a while, The Bad Faces Clan and Heroes and Villains.

It goes down Saturday at the The Bohemian National Home.

Featured here is an un-cutz interview with Rick Lappin (Rick Ruiner) from the infamous Ruiners.

The 800-pound flaming motorcycle in the room: The Ruiners


"The kind of people who join a band like this are often misfits or cast-offs."

The Ruiners are a wild and fantastic beast; pure white lightning; a sexy car barreling through a crumbling tunnel surging sparks in the direction of what looks like self-destruction, yet the car handles hellacious commotion ever so gracefully, as the driver grins through the melting windshield and decides to stomp on the gas.

"This is the only band I've been in where we had to bail someone out of jail on the way to a gig, break up a balcony fight in a foreign country, or get a restraining order on a member."

Rick Ruiner has been working at this for more than 10 years. Countless are the nights where he's willingly, enthusiastically tumbled into fits of wanton chaos and self-sacrificing mayhem – be it lighting himself on fire, smashing television sets or handing out baseball bats to those in attendance.

"In addition to typical band problems, all bands deal with, we had our share of set backs most bands don't seem to have; club bannings, beatings, court enforced restraining orders, jail terms, cat fights, pregnancies, bankruptcies, heart attacks, overdoses, emergency room visits, fire, lost passports, occasional nudity, and a Christmas day death threat-its all been part of this 10 year ride with the people I have played with in The Ruiners. I love this band, and there are always people wanting to get in it. Even the flakes who talk shit about us, still use us on their music resume'. It takes something this special to bring out such hatred, energy and raw emotion."

It’s a wavy beat-heavy side-to-side spin-out, chugging and belching black smoke and roaring a vicious buzz; flavors of psychobilly/bubble-gum/motorcycle-rock/metal and simple blatant disregard for…anything, be it safety or grace.

“Originally The Ruiners was a two piece band out of Lincoln Park,” said lead singer Rick Ruiner. “It all started when I ran into high school friend Rob Moon, while working at Chrysler. We wanted to do something primitive. He played drums, I sang and "played" guitar. We eventually inherited a full band, because there were so many people partying, sleeping and jamming at that house-people would just sit in and become members. At last count there have been 23 members in this band. The full line ups never quite changed at once. It was more like 2-3 members leaving/disappearing at the same time (usually after a tour) and the remaining members, grafting new people on.”

“When the band went into more of a performance art based, appliance- smashing fiasco, Rob bailed. We used to go out on garbage day and find van loads of unusual things to smash at the weekend gigs-vacuums, washer machines, toys, or we would just grab random bags of trash and it was a big surprise when the crowd started tearing into them. One bag had egg shells, coffee grounds, and porn-a hardy American breakfast. I rode a 400cc dirt bike around inside venues, including the upstairs of the magic stick, filled the room with smoke, and burned rubber around the pool tables. And there has been some fire over the years-lets just say a lot of fire.”

“The band was never stuck on any particular sound. There are a few gems as well as some real garbage on all the records until "More Tongue less Lip"-which was never actually released. That was a perfect rock record. It has a psychedelic piece Jim Diamond hand mixed-which is just amazing. Everything recorded prior to more tongue less lip, was problematic for one reason or another.”

Often, in the frenzied stomping mad jubilance of an invigorating and somewhat frightening Ruiners set, Rick will douse his leather pants in lighter fluid and controllably, but still riskily, set himself on fire. “I always wanted to be a stunt man. I used to light my BMX bike on fire and jump ramps in from of my house for the neighborhood kids-lets face it, mostly for the sake of the girls. I would jump off the second story roof of the neighbor's house into their pool when they were gone. In high school we did some dangerous car stunts on dirt roads. I rolled a friend's mother's car on its side once. We were all in our pajamas and had to knock on doors at 2 am to get someone to help us roll it back over, then sneak it back to the house before her boyfriend dropped her off. It was kind of like that growing up down river. We were all being raised by our single mothers, made our own bikes and wore latchkeys around our necks.” 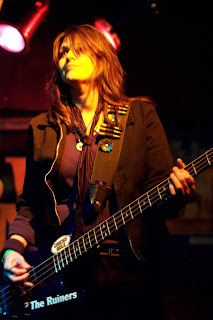 In the near future, the Ruiners will complete a new record, which Rick has high hopes for: “This will be the first Ruiners collaborative record and should be our best effort to date. Over the years I wrote 95% of everything-including drum parts. Now, its fun to show up and just sing for a change with a competent and creative group of loyal people.”

Rick notes that there is renewed stability – in the current line up: (Justin Ruiner-guitar, Liz Ruiner-Bass, Erik Ruiner-Organ, Rob Ruiner-Drums, Trixi Turner-back-ups (part time), Russian Ruiner(Nina Friday)-Back ups (Full time)) and in the recording process (as their past recordings were cluttered either by a lack of momentum or miscues by labels.)

“Our next record is in the works,” concluded Rick, “-it's a great party record with a lot of fuzzed out sounds, primitive drums, plenty of sex appeal, and greasy bar room grit-that is what we do best.” 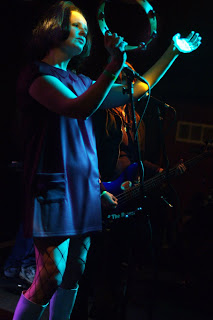 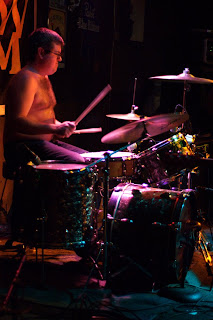 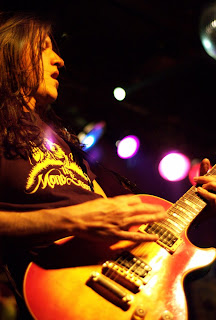