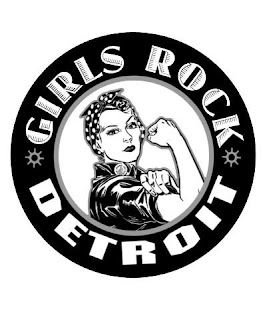 The goal is to inspire creativity, build positive self-esteem and instill a sense of community for young girls interested in learning music or getting involved in a music scene. Each of the instrument instructors, band coaches and counselors are women or female-identifying volunteers (many of whom come with substantial experience in the Detroit-area music scene). There is no requirement of any formal music experience for the Girls Rock Detroit camp. The idea is to provide a safe, positive environment for campers, led by a group of supportive role models.

You can learn more about Girls Rock Detroit here: http://www.girlsrockdetroit.org/
They’re still working through the formal application process to become a 501©3 non-profit, but if you’d like to donate, click here: http://givingto.msu.edu/crowdpower/girls-rock-detroit.cfm

One of the leaders of Girls Rock Detroit is Ypsi-based multi-instrumentalist/singer Melissa Coppola, who performs with Stefan Carr in JUNGLEFOWL. So let’s move onto some concerts to catch this weekend: 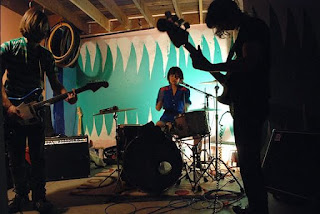 Meanwhile, there’s the Seraphine Collective, a Detroit based music community that is comparably promoting a similar sense of openness, positivity and encouraged cooperation amid a music scene.