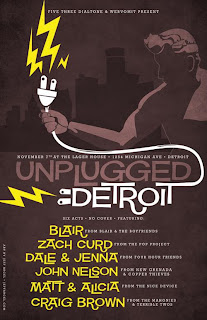 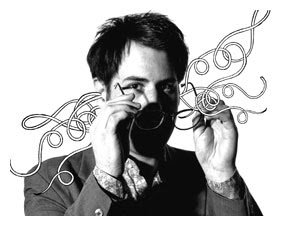 One full year of PJ’s management of the Lager House (sidenote: also, one year of Deep Cutz columns) and part of their birthday celebration features a refreshing, acoustic show put together by JRC from Five Three Dial Tone (.com). and Jasper from Webvomit (jasper.webvomit.com)

Also, Zach Curd (Pop Project/Suburban Sprawl, myspace.com/zachcurdmusic) brings his flavorful solo soul pop. “I know a lot of people say that they start solo projects to work on ideas that can’t fit into the strict, horrible and suffocating confines of their regular band,” said Curd, “but for me, it is something less finite and more of a continuation of the practice of songwriting and recording … probably because the Pop Project is as comfortable playing disco as it is playing country.”
Posted by jeff milo at 11:19 AM