Thanksgiving Eve Roundtable: Pondering the state of the music industry; with reflections on detroit music community 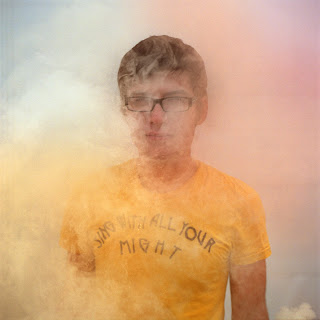 
MAGIC STICK
THANKSGIVING EVE SHOW - 11 / 26
(words: j.milo)
~
Even now, writing the uncut version, I'm still not sure how I feel about argument of this piece, or its conclusion. I'm still not even sure how to describe what I was getting at, (in any case, it's interesting to just pick the brains of musicians) …featured here is a scattershot attempt at a roundtable of locals (Mason Proper, Wildcatting, The Silent Years, Deastro and Oscillating Fan Club) at dissecting the state of the music industry, the perception of genres or musical movements…(or, indie-rock, if you will) and perhaps relating all of this back to Detroit's local scene.

Because, when there is no business, you become fueled by pure passion. So here, some un-cut quotes and commentary of the reflections and opinions from members of these five bands (all gathered together on a bill, Thanksgiving Eve, at the Magic Stick). Questions we pondered were… if you can't make money while making music until someone's willing to give you money to make music…then will pure passion and raw basement DIY ideals be enough to carry us? Should musicians still seek producers? Does the industry still work? Are we really in the middle of something truly unique, here, in Detroit?
And how will we, not just Detroit, the nation, the world's music community/the internet music community/the Pitchfork generation…how will we be remembered, what will be our defining identity in history…as a genre, style or movement? 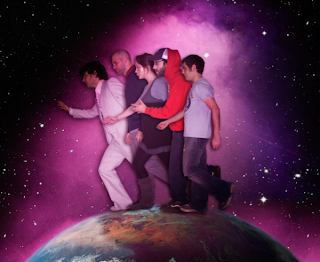 Brandon Moss (Wildcatting): I think that there's a fire going on, where it didn't seem like there was anything like this when I was involved in it. (Bear Vs. Shark, drummer, 2001) When garage rock was big it seemed like a club that you weren't allowed to join. As much as I enjoyed a lot of it, I feel like I was an outsider – and this whole thing that's going on now is nothing but a bunch of outsiders. You get a lot of outsiders and put them together in the same room, it gets [to be] something like a culture…

Randolph Chabot (Deastro): "(Playing) CMJ (in New York, September) was awesome, it was really good for us. I was telling everyone out there [in NY], that stuff was going on here. But I think that in 5 years, you're just gonna be amazed with what's coming out of our city, from what I've seen, the dreams of people that I've met here. That's really inspiring and I just, sometimes, don't know what to do with it…(Here,) you definitely feel like you're apart of something…

Moss (Wildcatting): (on the band's change to adding a singer): "Ifeel good about changing because look at Deastro, Deastro's changed--it's exciting to hear him so stoked about things...and you feed off stuff like that, ...and it's because now he can do a lot of things that he couldn't do before It's the same thing we're doing things that we had planned but we never really could do it comfortably,...and Prussia, they already have another album in the bag!! You look at bands like Red China, even they already have a ton of things on the plate and all these bands that we know and love - bands that we've made friends with...man, they're even pushing themselves. It's a crazy ball!!...all these things are culminating! 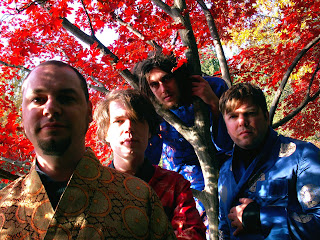 Ray Thompson (Oscillating Fan Club): There's culmination of all the things now. I don't think i've heard, really, anything new in music scenes...for a while...nothing new that's come out that's just...really changed. It's always just expressive now, and it's also hard to be in a band - there's more people in bands then there are consumers...Which, is nice just cuz (now) nobody would do it if they didn't want to, but it's not something that you have to go in and think that your gonna make money, its not like that anymore. It's more sharing what your feeling or what you like, even. There's always nods to other bands in other areas...so it's kinda like saying: Here!, this is the kinda stuff that I like, if you like it then listen to it...if not...go listen to something else...cuz there's something else that's good--especially in Detroit...
Josh Epstein (Silent Years): One could definitely argue that being fueled by passion-only can be a good thing, but,…The Beatles kept going to George Martin and getting their records made by him for a reason. I think a lot of bands are gonna miss out on that, even though they can do things that sound great on their own, and it's not a matter of whether you do a good job, but listen to Beatles recordings now, they hold up. I'm not sure some of today's recordings are gonna hold up that well.

Jon Visger (Mason Proper): "…a constant state of not-knowing what exactly is going to happen or what you should be doing, because it seems to work differently for every single band. You can think you're doing everything right and it cannot work out – the nice thing is that if bands really just do whatever they want – they have as much chance of it working that way…and it's very rewarding.

Moss (Wildcatting): The music industry, "the business" is kinda dead. There needs to be a new type of paradigm or some type of new market that is sustainable. But there still has to be bands that do what they're doing and help shape the new model. And, not to say we are, but the ball has to keep rolling. When you're not looking for it, the best things'll happen.

Epstein (Silent Years): The music biz is suffering from their own lack of foresight. If, when Napster first got big, the labels would have become content driven music channels (similar to HBO) they would be making enough money to be signing bands and developing careers. As much as we like to think it's more of a blog environment, a radio song on 89X will still make a band huge. It's working for Kings of Leon and Jonas Brothers and the Killers. … a group of people kinda gave up on being apart of [the industry], but I think the reason is, major labels, a long time ago, were making so much money off of their big artists that they could afford to keep the career artists around, they knew that too. They basically had Bob Dylan on their label as a "credibility artist." People like the band Television were like kept around on major labels, and they weren't selling that much...but that's what were missing now - you're not gonna get a band on a major label that's like an "integrity builder," they're turning a fad, they just want the hits and the people who can churn em out. I think that for a lot of bands that don' t fit into the category of being a pop star, then yeah the music industry is dead, but to some extent the music industry is still going...

Moss (Wildcatting): It's not even like we talk about [our passion]. It's more just, it's just what we do! It's this or be sad about things…I think we have that choice at this point. But, it also seems like sometimes, I feel, like we're patting ourselves too hard on the back, like maybe we aren't doing anything original and this is just a continuation of weird people and weird things that have been done… 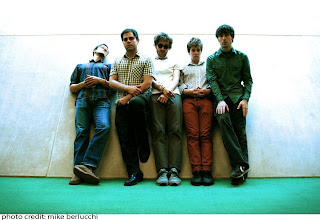 Visger (Mason Proper): [Most] bands are pretty down to earth about it; they probably have different ideas in the beginning as well and have reconciled it with reality at this point. Everyone seems to be in a good rhythm and just knowing what's possible and what's not…You have to be doing it because it's a truly fun thing to do, basically. It's very rewarding…

Chabot (Deastro): I'm excited that we're signed [Ghostly International] and we're starting to tour. I'm more excited that I get to meet more people. We need to be able to concentrate it [Detroit's communal energy]. That's what me and the band are definitely striving for – we've been touring and we've been getting press, and we're just working toward getting exposure so we can bring it back to Detroit and use it to better our artistic community…our city, that is definitely struggling, but, I think, has enormous potential. I want to be…a messenger of community.

Silent Years: The Globe LP (Defend) came out in the US to a good response, with steady tours throughout the year (recently with comrades, The Envy Corps.) The quintet is currently working on a new LP "even as we plan on mixing our new EP (tentatively 'Let Go') in early December." The Globe—and SY's touring schedule—both hit Japan and Europe in winter/spring 09.

Mason Proper: Released Olly Oxen Free LP (Dovecoat) this fall, garnering strong reviews and facilitating "the best time period for us, as far as being a band," said Visger. "A year won't go by without doing [another] album." And, more touring, more shows, more everything.

Deastro: Two 7"'s coming out on Ghostly; one, Spritle, gets a local push from Five Three Dial Tone and Web Vomit; then, finishing Moondagger LP at the White Room for a February release (Ghostly).


~ed.: suffice it to say, this is a very strong line-up that features the expanse of flavors in style and genre of the Detroit scene... (11 / 26 - Magic Stick, Detroit)

click their links above to listen...
(thanks for reading)