Rounding up future tours stopping through our humble scrape of chilled urban disrepair... 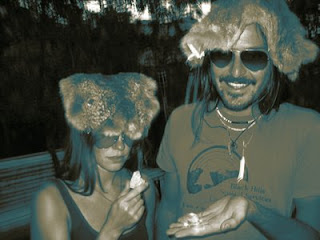 Their latest, Motion to Rejoin, was recently released on Matador (review here) 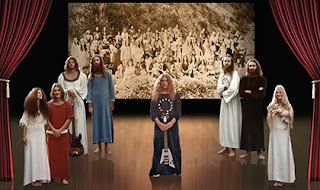 At the Bohemain, (not as glitzy, but with a more gritty, worn, spilled-out charm) over around Corktown, Djin Aquarian, innovative singer/songwriter and space-gospel cult hero from the band YaHoWa 13 (fronted by Father Yod of the Source Family back in 1969) will be performing a solo performance that features some of his new tunes as well as older songs featured on the Drag City release Children of the Sixth Root Race: Songs from the Source. (This is a collection of fuzzy rehearsal tapes featuring the underground soul/r&b/folk group Spirit of 76.) Strange and intricate tale behind not just these recordings, but much of Djin's songwriting career. "Go to Google" as the new religion would suggest… 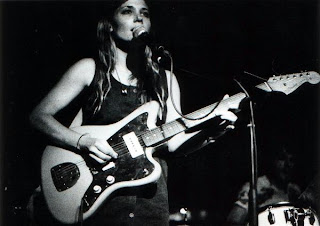 Then, up at the Pike Room in Pontiac (certainly the glitziest, if by only being the newest of venues in metro Detroit), we have the absolutely electrifying, unique and spazzy noise-folk of Marnie Stern. Her latest, the lyrical, 30+word-title: "This Is It and I Am It and You Are It and So Is That and He Is It and She Is It and It Is It and That Is That" was released last month to expectedly wow-ed reviews, hailing her fiery style, as a song-constructor, as a guitarist and as a vocalist; exuberant, engaging, bent-and-broke-apart-and-slammed-back-together…very fast!

(You can read an interview here, about how she almost became a journalist, http://www.pitchforkmedia.com/article/feature/145803-interview-marnie-stern)