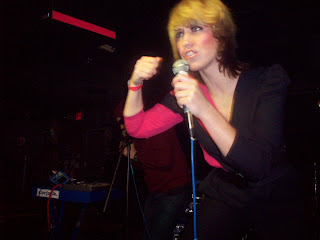 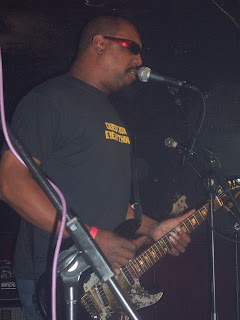 ...just a bit of photo recon from the deep cutz team...from shows over the weekend: Dirtbombs at the Blind Pig and the Esperantos at the Northern Lights Lounge. For the Blind Pig show, the expanse of genre flavors was invigorating...going from the electro-soul/house-punk of Electric Fire Babies, to the hook-heavy alt-power-pop of Friendly Foes, to the noisy firestorm glory of the Dirtbombs - ...a nice get-yer-ya-yas-out type o' night before the holidays really kick in...The Fire Babies set the tone early, bombastic booty shaking grooves and swaggering in-your-face engagement right from the get-go (featuring a fine cover of a Gories tune, mid-set.) The Foes, seeming to embrace some Monterrey style Who n' Otis Redding 'n Jimi Hendrix on-stage-one-upmanship, played their most energetic show I've seen yet...but the Dirtbombs are certainly Hendrix in this metaphor (or Otis?)...and they, like always, brought the house down.
ELECTRIC FIRE BABIES 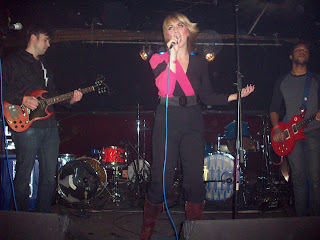 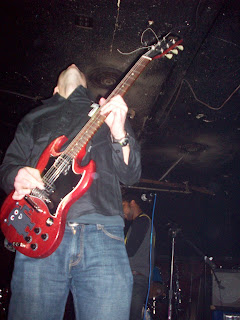 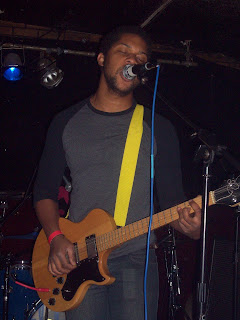 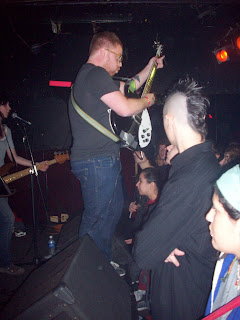 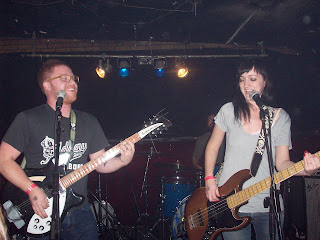 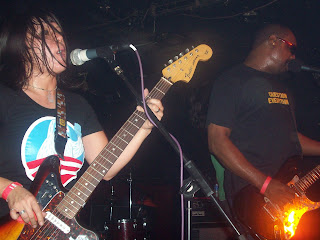 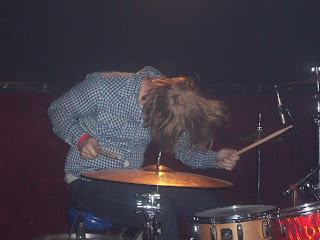 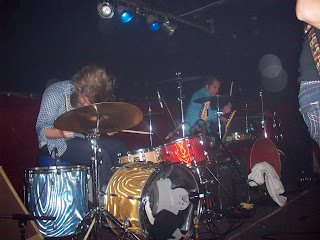 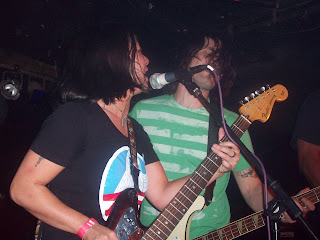 And $1.65 gas is making Ann Arbor and Ypsilanti trips a bit easier these days - here's to the shakey and shady schamtics of our doomed economic system! But driving home at 2:46 a.m. meant I was too tired to stay much past Speedy Greasy at the Northern Lights Lounge the next night...but, featured here are photos of an old favorite of mine, The Esperantos...an old favorite, but still a young band - showing as much fiery promise as they had before, in their debut of 2006. As I'd said before in Weekly ink, a blend of Kinks-ian pop with Stooges grit and shred. Just irresistable hooks and great guitar pop! Check 'em out next time...
THE ESPERANTOS 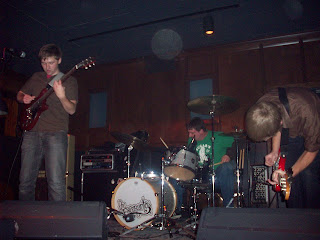 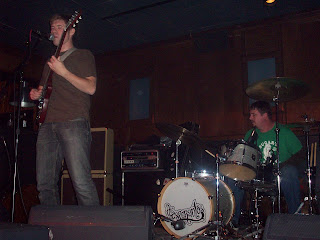 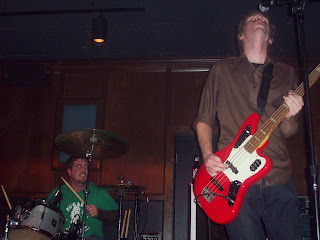 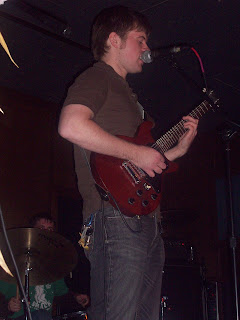