3 album reviews - with a bit of sounds to sample


and, two pleasant surprises - Stars Like Fleas and Villainaire

with more reviews on the way - including


Deerhoof - and - Of Montreal

Tobacco – Fucked Up Friends
A +
Anticon 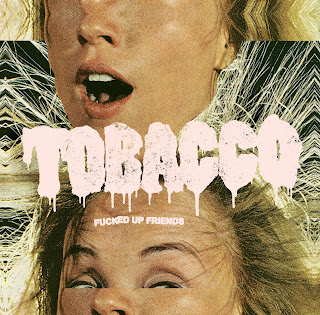 The beat. Every rotation, every corner, every fiber of this vibrant record throbs with insuppressible, arresting beats – looped diligently in some vaporous, spark-spurting basement laboratory, modestly armed with a reliable tape machine. Two steps away from tough-strut boom of a hip/hop record (with significantly less rapping) if not for the tubular synth chimes and melodically yowled 8-bit sirens and churning fiery-fuzz riffs, Tobacco, the key percolator within the Pittsburgh-based mysterious electronic-music operation known as Black Moth Super Rainbow, further develops his sense-stretching lightning fried musical visions of mostly instrumental, inter-dimensionally blurring, boundary-breaking galvanization of the amount of harmonic hallucinogenic vigor one can extract from an analog synth, tape machines, looped beats and a haunting, hypnotizing vocoder. If Salvador Dali was the God of an inverted Candyland where happy grinning lava monsters and tree wizards spoke in buzzy computer-harmonic dialects and biker gangs of Draculas enthusiastically stormed techno dance floors – then, we might be somewhat close to the world of Fucked Up Friends. The beat reigns – paired perfectly with the electrode flare of the synth symphonies. But, this music is not inherently trippy, or out there – this isn't 2 a.m. strung out hallucinogenic cerebral red eye music, there is something frighteningly familiar in the flow - the melodies are meditative, jettisoned delicately (or devastatingly) over these inescapable beats.


Stars Like Fleas – The Ken Burns Effect
B +
Talitres 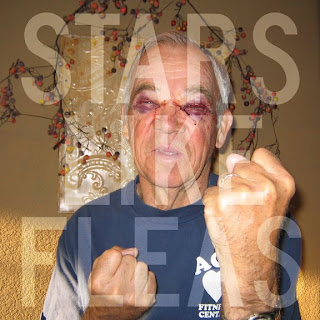 (Oldie but a goodie--apparently this one comes all the way back from 2007) Songs dwell on held notes and Gregorian-esque reverence where harmonies hover solemnly as clarinets blather and stammer through some squiggly Sun Ra noise rants and crescendos rise poignantly with steel pedals rolling percussions tumbling down the gravelly road in the dark woods that this Brooklyn-based septet dwells in…but then the fuzz-fucked feedback storms down like coarse asteroids showering devastation on suburban outskirts. These experimental woodsy rock?...folk?...what can we call it?... this outward-noise-freak-taunt of a record will sound familiar to the spastic left-turns of fellow sideways art operatives like Xiu Xiu or Grizzly Bear, but it still very much has it's own vibe and philosophy, still sounding fresh…but you gotta dig 'weird.' 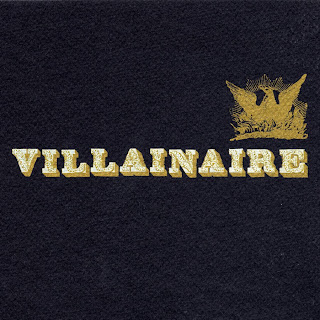 Such an imaginative, creeping, jolting sound; oblique and disorienting, like a tumble down the tangled stairs of an MC Escher painting, spiraling into the jagged depths of some 1920's color drained haunt-churned German impressionist film, then burning into some skuzzy 60's garage-pop basement pounding jam of blown out reckless abandon and reemerging with the soft rose pedal beauty of solemn orchestral baroque pop. All amped by vigorous rhythms, blowtorch violin saws, feedback roars, hallucinogenic harps and wavy, nervous shamanistic vocals. Classic Deerhoof detachment with fright-pop Xiu Xiu melodrama and a ruthless stretch of structure. Made extra intriguing by campy comic-themed titles: "Monster Island Czars;" "Throne of Blood (The Jump Off)."

The Dead Science - "Make Mine Marvel"