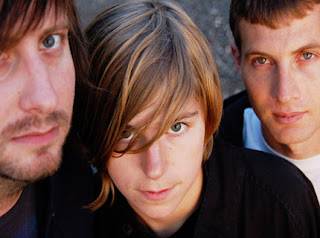 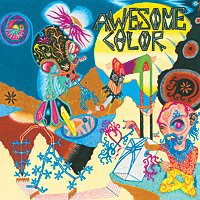 The drums and relentless groove of the bass make you feel, not just like some maliciously disrespected punching bag but it sets such a wonderful and ever-twitching shock through your veins that wakes you straight up out of that stop-n-go, heard-it-before rock malaise that too often builds up in mold-rimmed drain of rock music.

This is true avant-garde-grit, but packaged in familiar sweaty-self-destructive drives of windmill hooks and throaty vocals and shattering solos oft-reached for by 60’s proto-punk revivalists but never properly qualified with enough individuality and confident swagger as this Michigan-born-but-sometimes-New-York-trio. It’s that rare combination of propulsive and visionary frontman Derek Stanton (more than willing to grind out imposing splattered shards of arresting abrasiveness) perfectly complimented by a diligent, tight, relentless rhythm section (Allison Busch-drums, Michael Trout-bass) who seem well-suited to follow Stanton into any smoky backroom of deconstructive rock rejuvenation, be it alley-running drives of guitar-glory “Eyes of Light,” “Already Down” or bluesy-psychedelic burns “Come and Dance” or more unique strung-out ballads that just pound along to showcase Stanton’s fiery-saliva shouts and metallic growls – and oh, the spaced-out solos! Keep em coming!

It fits beside the darker experimental material on the Ecstatic Peace label, but adds a tough, sturdy drive of goatee scratching, foot-stomping, cinder-block-breaking rock to the repertoire.

with a few more ramblings on recent releases through Ecstatic Peace!: 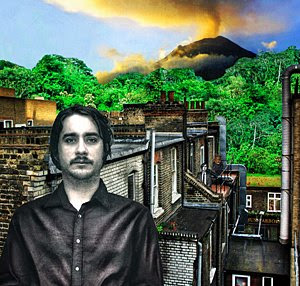 Some of the weirdest guitar tones I’ve ever heard, all blown out to hell, yowled fuzz-fucked firestorm glory. Keith Wood’s haunting melodic falsetto gales over jangled acoustics and pedal-fuzzed reverberations in this modest and beautiful melancholic narrative of…yes, a bit of folk and yes some Faust-ian Krautrock psychedelic stretching or some Jeff Mangum basement troubadour take or Joseph Arthur’s flavorful fringe indie-rock, but never quite gravitating too closely to any…Wood (recorded here with Leon Duffrey), cut his teeth playing with bands like Six Organs of Admittance, Sunburned Hand of the Man and Curren 93. This is his debut with the Thurston Moore-founded rough-edge folk/punk label. Take notice!! 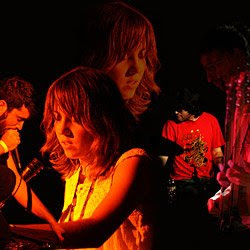 It’s a dark and tribal basement-boom, with a casual sort of witchcraft experimentation soundtrack in the middle of suburbia – as common as weeknight crocheting or walking the dog. A rounding chorus in the opener, “I Think I’ll Go Downstairs” appropriately captures the disorienting meditative swirl-and-escapism of this New York quartet’s spook-expounding overtures. Dig on other black-lit chalky musings like “The Basement” and “The Storm” and damned if you won’t already be in the mood for Halloween – or at least ready to sacrifice the neighbor’s cat. A fine find and a fine fit for Ecstatic Piece’s typical ear-bending fare. Great grooves – think Can and Slint if they were fronted by a woman, and, also…vampires. Dig the rhythms.
Posted by jeff milo at 3:41 PM

Ah yes... - September! Posted that 'round midnight on 3 hours sleep...