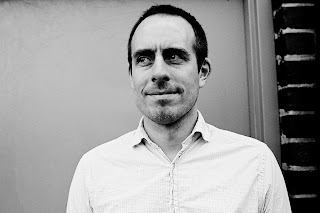 
Stalwart punk / folk protester Ted Leo...a subtly heroic musician with a selfless and valiant dedication, not only to his fans, but also to many humanitarian causes - was so moved, with inspiration and anger, by the downright shady and eerily totalitarian raids and crippling offensives of Minneaplis/St. Paul area police upon protests at the recent Republican National Convention, he rallied his band, The Pharmacists to their home studio and recorded two new songs: "Paranoia: Never Enough" and the ominously titled, "Morning In America." To round out the EP are two covers, "I Got Your Number" (Cock Sparrer) and "Nobody's Driving" (Amebix).


Such is - The Rapid Response EP - presented with intent to bring financial aid to those brave souls caught in the storm of police brutality in Minnesota.

"…Real people were hurt in St. Paul, and real people have bills to pay, and real people need funding to continue their good works," said Leo. "We (the band and I) were all feeling these events as deeply as we could from our 1200 mile remove, and so as not to feel entirely powerless, and in an attempt to contribute SOMETHING to that continuation of those good works, we wrote a song and recorded it…”

You can download Rapid Response for two-weeks-only!! (Until Sept. 29th, roughly) for 4$ at Touch and Go Records Web site. Afterwards, you can find it on iTunes. Proceeds go to Food Not Bombs Minneapolis, Democracy Now and to aid legal fees for those who've been arrested.

Concluded Leo, "...it's just a way for us to contribute SOMETHING real to the lives of real human beings, and show our material support for those whose actions and thoughts we value in this ideological struggle.”

Catch Leo/RX with fellow fiery punk-rock social crusaders Against Me! at the Majestic Theatre - on October 18th.

We Must Come Together...