John Sinclair - Poet in Residence at the Bo-House - October 2nd 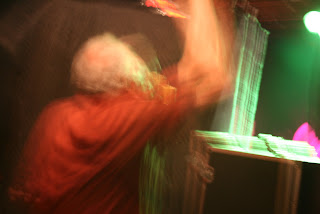 Detroit's treasured poet, vital social leader, activist and all around enthusiast of the unifying and liberating powers of music and...marijuana, John Sinclair, turns 67 on October 2nd.

Concurrently, Detroit's haven for spritual celebrations of weirddom and wonder, for more intimate and uncompromisingly expressive acts, The Bohemian National Home, has been going through some transitions lately, with a refreshed mission to show an even greater support for the arts - you can learn more about The Bo-House, here

Utilizing a close relationship with artist-management Detroit Life, the Bo-House will host a ceremony to celebrate, not only Sinclair's birthday, but also to officially designate the former MC5 manager and founder of the Detroit Aritst's Workshop as offical Poet-In-Residence of the Bo-House. 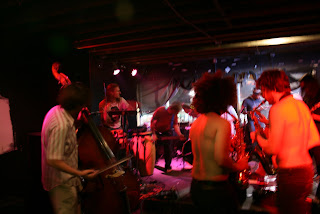 On October 2nd - The Bo-House will present John with a key to an in-house apartment with a lifelong rent-free lease. And you are encouraged to come share in the celebration -

Music starts at 9pm with the great producer/drummer RJ Spangler, leading swing/jazz consortium Planet D Nonet (co-founded with James O’Donnell, who, with Spangler, were both mentored by Sinclair.)

at 10:30 p.m. there will be a live featurette with John performing and to close out the night, those in attendance will be treated to an always cerebral and psychedelic Pinkeye set - which will also feature John as the eye of the sound storm.


It should, indeed, be an insanely magical night.