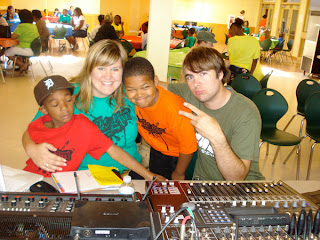 When's the last time you bought a CD? Like, a tangible disc? In the age of the digital rip, a new campaign aims to boost local charities by utilizing this creeping obsolescence. The Dead Format Project is a nuanced charitable organization specializing in event promotion by way of on-site, garage sale-ish set-ups of CDs (and other "dead" media) offered, with profits directly donated to partner charities.

Since most of our collections are now on our hard drives or iPods, attendants to a DFP event can bring two CDs to donate to DFP's burgeoning used collection, then browse fellow attendants' donations. All CDs are five dollars and all the money goes towards the spotlighted local charity. On June 2nd, DFP's inaugural event will partner with Urban Arts, a performing arts program utilizing cultural and performing education for at-risk youths of via after-school classes and summer camps.

"They're out there doing the good work," said Phil Childers, DFP co-founder.

"They're already doing this out of the goodness of their hearts, along with other jobs; they don't have time to raise funds. If we can have an event that raises a heck of a lot of money, in the grand scheme of things, for their program, then great!"

The idea started with Chris Bisha, president of Enco-Systems Inc., the only North American distributor of Phillips brand jukebox-CD players. Bisha searched for a way to combat internet/digital-jukeboxes and rampant piracy.

Childers collaborated to develop on Bisha's already established approach of CD swaps (between fellow jukebox industry types) and tailor its appeal to the middle-class Michigan showgoers who likely have boxes of CDs, DVDs, books and other cultural artifacts in their basements, who'd all likely be willing to make modest donations to local charities. 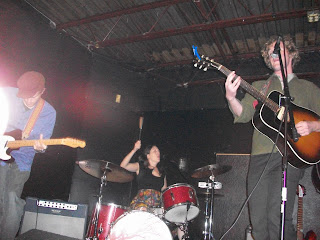 
The inaugural show has a 10 dollar cover charge, but bringing two or more CDs lowers it to five dollars. Plus, any purchases made from DFP's goodwill library go directly to Urban Arts.

Future plans include a book-themed event with potential poetry readings and an independent film feature that will focus on DVDs. RDW