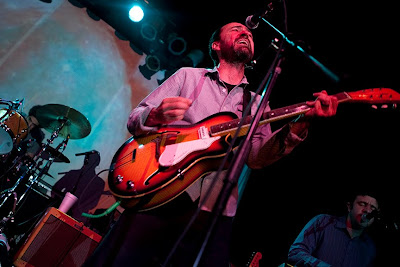 
There seemed to be a buzzing anticipation for the Broken Bells show this past week. As with Gnarls Barkley and the Garden State Soundtrack before them, the music of Danger Mouse and James Mercer has been able to comfortably co-exist somewhere between Starbucks and NahRight. The mellow cozy sweater smoothness of The Shins was a perfect peanut butter compliment to the funky dark chocolate of Danger Mouse's collages of urban suites. Even though Cee-Lo and Danger Mouse fell backwards into ubiquity with "Crazy," Broken Bells have that Steve Jobs sparkle of consumer friendly design and functionality that make the product a guaranteed hit.

As a venue, St. Andrews Hall seemed like a perfect fit for Broken Bells, an act that could probably draw the b-boys at the Ghostface Killah show downstairs in the basement of The Shelter to go upstairs and mingle with skinny jeaned hipsters who came to see Interpol. When I arrived, the club was packed and as usual on a summer night, hot and sweaty. 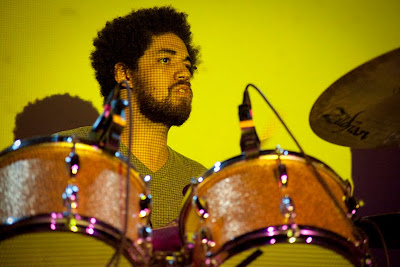 Broken Bells' hit single "The High Road" was the highlight of the performance, as Mercer was able to get some of the audience to partake in a group hand-clap. As a seven piece line-up, the notes of the album were accentuated quite well, although the bass was a bit clumsy at parts and some sonics seemed clunky. Strangely enough, Danger Mouse lacked a true stage presence as he floated into the background along with the band -- perhaps underlining his role as a producer and string puller behind the beats.

With just a simple video projection of grainy shots of birds and desert sunsets, Mercer was the focal point throughout. He didn't disappoint as his buttery harmonies floated across the room as he tenderized killer vocals on cuts such as "Vaporize" and "The Mall & Misery." I was hoping the band would play a Shins or Gnarls Barkley song -- that would've helped to break the monotony of choosing from just one album's worth of material -- even though it was executed well enough. 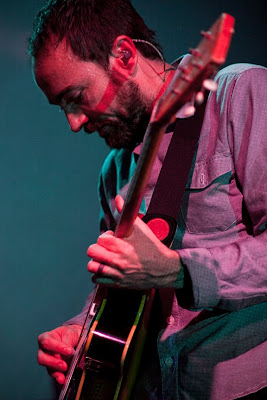 I wonder what Broken Bells means for the future of The Shins as this album showcases that Mercer does possess that Phil Collins or Paul Simon quality of having a strong enough voice to branch out and truly do his own thing. Maybe he can work with Timbaland or Brian Eno next? Judging from the work that Danger Mouse did, Mercer has that Apple quality going for him -- just develop an app for this guy to run on and watch everyone come out. //DC//