Caribou: "...the genre is irrelevant really"


Our Love Will Make This Sound: Caribou
Jeff Milo

Dan Snaith has a PhD in mathematics; he speaks about creation, about “the process” of recording, yet also, about the feel of song and the search for melody. With his half-solo-project/half-full-performing band, Caribou, he is simultaneously interested in the technical a + b = c—connectivity of song production, and yet, in the soft swirl of his dreamy psychedelia, his melancholic late 60’s romantic-pop butterfly kisses, his visceral drum-n-bass percussion spurts or his smooth-crooning groove pop, he is undoubtedly in-touch, immensely so, with the more sensual experience of music.

Indeed, he is a premiere auteur of the bedroom-composer genre; a seemingly reclusive substitute-teacher-looking 30-year-old Canadian who’s been living in London ever since 2001, astutely constructing his last 3 major albums, all of which blend influences of veritable wonderlands of lush-psychedelic krautrock-bending pop; merged with this euphoric, dreamy sheen, almost lullaby-ish, with rumbling percussion and poignant builds. His most recent, Andorra, is a more coherent development of the expansive band-ready orchestral buzz-rockers he had formed on the Milk of Human Kindness (2005.)

“All my previous records,” said Snaith, “were made starting with a loop and playing different parts over top; building the song up in layers and then spreading the parts out into an arrangement for the track at the end. There was no writing and then recording - I just wrote as I went along. With Andorra, however, I realized that I wanted to write songs - compositions with verses and choruses and sections that led from one to another. I'd usually play bass and hum melodies over top until I came up with something I was happy with and then imagine the rest of the arrangement filling in around that until I had a pretty good idea of what the song would sound like…”

Snaith started in 2000 as Manitoba, releasing Start Breaking My Heart and in 01 caught the world’s attention with the momentous Up In Flames, with experimental electronica, heartfelt shoegaze and big booming drums. This breakout led to massive touring and the assemblage of his live band: “Ryan Smith [guitar] is an old friend from elementary school and has played with Manitoba/Caribou ever since we did our first gig. I met Brad Weber [drums] when his old band Winter Equinox opened for us in my home town of Hamilton, Ontario. Andy Lloyd was recommended to me as an awesome bass player and singer…they're an incredible band - great musicians and we get along really well on tour which is equally important in the cramped confines of a Caribou tour.”

But Snaith says he sticks to solitude in production, because “…it’s a pretty slow and laborious process for me - it took me a year working every day to make Andorra and there's a lot of trial and error that I don't think would work collectively. the only thing I’m looking for out of the music I make is that it moves me - that it gives me a physical feeling of excitement or jubilance or sadness when I’m making it.”
Caribou plays the Blind Pig on 7 / 18

Here’s more of the Un-Cutz Interview: 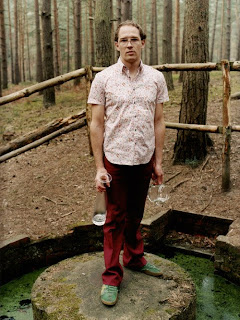 
Milo/DC: Is there one facet of music or recording that intrigues you the most, like, say percussion, or something else?

Dan Snaith/DS: It's shifted over the course of the records i think. percussion was definitely top of the agenda for certain records but on andorra i was comfortable enough with making the percussive sound that i wanted, that i could focus on melody and harmony and being precise about the arrangement of the music. however, when we play live percussion definitely comes to the fore again. the physicality of it makes for a show that we enjoy playing.

DC: What draws you to this sunny softness of sound? what is it you want out of a song?

DS: I like all sorts of music that is not soft and sunny sounding but when i'm making music that's more often than not what I like. the only thing I'm looking for out of the music I make is that it moves me - that it gives me a physical feeling of excitement or jubilance or sadness when i'm making it. i'm also making music in a really drab little room and i think a lush sounding aesthetic is seductive to me because it draws me in and allows me to become 'lost in the music' to use a horrendous cliche.

DC: I'm sure people often name drop krautrock bands to you when they ask you about influences, how far is that from the mark and what are some of your more unlikely influences?

DS: ...stating that i'm influenced by krautrock bands is definitely right on the money - those bands (Can, Neu!, Faust, Popol Vuh, Niagara, and on into the more obscure ones) have made some of my favourite music. however, i'm definitely not influenced by them exclusively - i listen to all sorts of music: free jazz, hip hop, disco, psych pop and rock, soul, electronic music, ... the genre is irrelevant really. i just want to hear people having interesting musical ideas. that being said one unlikely genre that i like pretty much in its entirety is the euro pop trance thing - where they take a line from a rick james or michael jackson or aaron neville or bee gees or whatever song and speed it up and loop it for 3 minutes with a thumping trance beat and filtered synths underneath. i love pretty much all of those songs - they do exactly what they're supposed to ... make you happy!

DC: can you tell us a bit more about the musicians in the full band and how they came together for caribou?

DS: Ryan Smith, who plays guitar, is an old friend from elementary school. we played in our first bands together and has played with Manitoba/Caribou ever since we did our first gig. I met Brad Weber, who plays drums, when his old band Winter Equinox opened for us in my home town of Hamilton, Ontario. Then when our previous drummer couldn't come back to do the Andorra tour I thought of him and dropped him a line. I'd only met him that once at the gig in Hamilton before asking him to play with us. Andy Lloyd was recommended to me as an awesome bass player and singer by a mutual friend but I had neither heard him sing or play bass nor even met him for that matter when he stepped off the plane in London to start rehearsals. it's amazing how well everything worked out seeing how little we knew each other but they're an incredible band - great musicians and we get along really well on tour which is equally important in the cramped confines of a Caribou tour.

DC: In the last 9-10 years, has your creation been entirely solo? and if so have there ever been moments where you questioned/reconsidered the isolated approach?

DS: it has been essentially solo except that my friend Koushik (Stones Throw records) sung on and cowrote a couple tracks on Up In Flames and Jeremy Greenspan (Junior Boys) sung and cowrote She's The One on this album. however, i don't ever feel limited by this - if i wanted to make a particular with a band or other musicians i would just do it. the reasons i love making music by myself are that it's a pretty slow and labourious process for me - it took me a year working every day to make Andorra and there's a lot of trial and error that i don't think would work collectively. i can also record at home, work entirely to my own schedule. to this point i haven't felt like i've been limited by this way of working - there are still so many things to try.

DC: what are you currently working on, or anything down the line your looking forward to...?

DS: I haven't made any music for the last year. we've been on tour since last september and have done 200 gigs which is completely insane! now we're just playing a few shows over the summer and then we're done touring for a year or so, so i'm starting to think about making new music again which is very exciting to me. i work really slowly so i don't imagine i'll have much time to focus on anything apart from another Caribou record but as that record could end up sounding however i want it to i feel invigorated by a fresh start! i like that about taking such a long break from recording to tour - when i come back it's like starting from a blank slate. i have no idea what the next record will sound like! 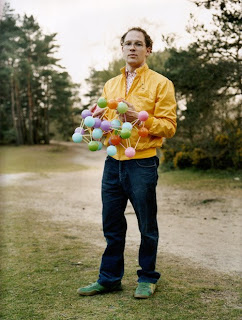