Report: Pinkeye and John Sinclair, recording session at the CAID 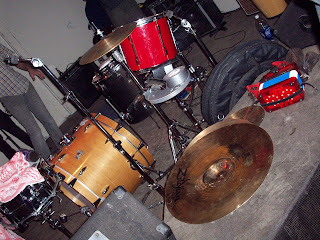 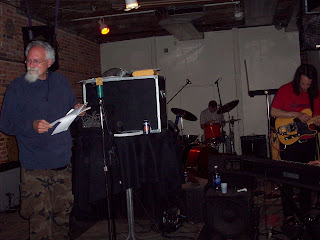 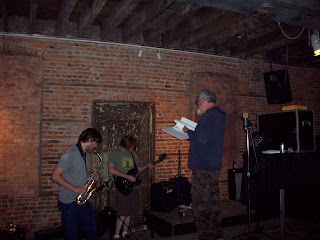 
Last night, the multifarious, motley collective called Pinkeye, a 10, sometimes 20-member band who specialize in a calamatous group expression of jazz, world, indie-and classic rock and any other kind of un-classifiable breed of various melodic noise interpretations...conducted an in-venue recording session at the Contemporary Art Institute of Detroit.


Guest players included Dutch Pink's Dustin Leslie and the Questions' Drew Bardo - but they were slightly outshined by the indomitable and luminous John Sinclair - a poet, an activist, a former manager of the iconic proto-punk rockers the MC5, the founder of the White Panther Party and a noted enthusiast for marijuana usage. The, in my eyes, living legend, performed written and improvised poetry over the celebratory storm of Pinkeye's jazz and rock raucousness.


The quote above, is, incredibly, one of the first things he said to me after I met him...comparing rock n roll to a zombie, indeed - it's been a while since I felt so inspired...when you consider a zombie's main attributes... 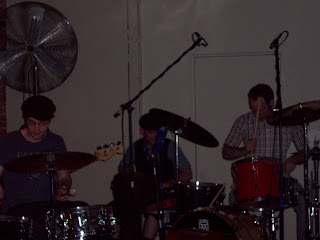 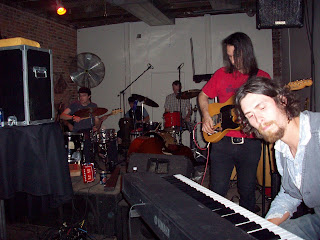 He went on to say, about the gathering of local musicians that, "...this thrills me half to death." Noting that these passionate souls are here pouring their hearts out on saxophones, guitars, keyboards, drums, bongos, sitars, pounding, yelling, stomping...regardless that there's no market demand for musical expression so vehemently avant-garde and so dizzyingly beyond comprehension...regardless - they are here. To play. To be together.

Check out Pinkeye's myspace for news of when this recording will be released...

And stay tuned to Deep Cutz 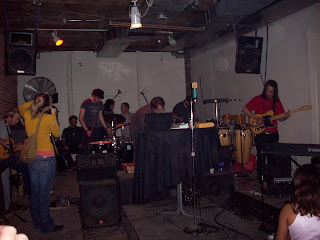 Only you could explain the zombie-to-rock'n'roll metaphor so exquisitely. Right on. Much love.

A new John Sinclair video "The Screamers" is posted today at My Damn Channel. It's from the 2008 Concert of Colors in Detroit: