(Finally, we're getting a hip/hop perspective onto this site, thanks to a RDW writer and a prominent voice in music writing here in Detroit) 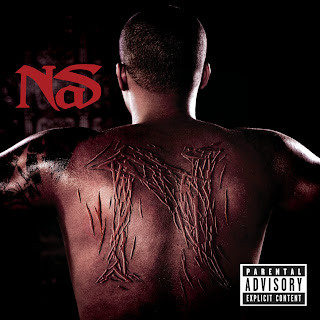 
Bored during a class in the 8th grade, my friend Matt and I made up a game to see who could name more rappers. We both had Nas high on our list. He asked me if I even knew the title of his debut album. “Illmatic,” I replied. “Name one song,” he asked. I couldn’t. My thirteen year-old ears had yet to hear the classic album. Soon enough I bought Illmatic from the mall and played it on my Walkman while walking to the bus stop.


I’ve seen Nas in concert twice, bought all the albums (even the flimsy Nastradamus) and even attempted to get an interview numerous times to no avail. In my book, he’s the greatest emcee of all time, a brilliant, controversial lyricist that can still sell a million records and always juggles commercial, street and creative appeal with a human hypocrisy. The first radio aimed single from his ninth album, Untitled, is “Hero.” Nas is my hip-hop Batman, his songs stimulate my brain with the thrill of a comic book: adventure, peril, riches, romance, politics, crime ─and much more, with New York’s rap world being just as intriguing, dark and wild as Gotham City.


A promotional YouTube video for Untitled supplemented the film The Incredible Hulk with “Hero,” blasting in the background. It’s a bit cheesy but when a musician declares himself a hero, what can you expect? The beat is produced by Polow Da Don, the man behind Rich Boy’s smash “Throw Some D’s.” Polow wouldn’t be my first (or 20th) choice for someone to work with Nas, but his sci-fi sculpted synthesizers pour through the speakers simulating some sort of IMAX film about the Hubble telescope, as Nas guides you through galaxies where evil forces are trying to silence this flashy defender of the universe.


“They lookin’ for a… hero/I guess that makes a… hero,” goes the token R&B chick (Keri Hilson, anyone?) sung hook. It’s an obvious commercial attempt in the vein of “Nastradamus,” but with enough edge (“Still in musical prison, in jail for the flow/ Try telling Bob Dylan, Bruce, or Billy Joel/ They can't sing what's in their soul”) and Hollywood (“Chain gleaming/ Switching lanes/ Two-seating”) that it beckons 2Pac’s Death Row material.

I grew up to become a writer, and Nasir Jones has influenced my prose, with his Queensbridge flair seeping into the swagger of my sentences. This new album has sprouted plenty of interest from journalists, media and fans since its original title was announced as Nigger last year. I was excited by the thought of a Nas album with rebellious political content reaching the echelon of Public Enemy and N.W.A. Looking back into his catalog, there’s always been social commentary sprinkled with thug theology, from the prison letter poetry of “One Love” on his iconic debut Illmatic to his personification of a pistol on “I Gave You Power” from It Was Written, the angry letter to the congressman of “I Want To Talk To You,” on I Am… to more blunt song titles later in his career such as “My Country,” “Revolutionary Warfare,” “A Message to the Feds, Sincerely, We The People” and finally naming his last album Hip-Hop Is Dead.


Being on the Nas beat is as exciting as covering Spiderman at The Daily Planet. From his epic battle with Jay-Z earlier in the decade to his recent quarrels with Jesse Jackson (whom he recently mocked as “Messy Jesse”) and Al Sharpton over calling his album Nigger, there’s never a dull moment, with the suspense of this pending project practically overshadowing the music itself. After a clash of the titans in 2001, Nas and Jay-Z joined forces in 2006 like the Justice League as Nas signed onto the Def Jam roster where Jay was the then-President. They recorded a dazzling duet in “Black Republican.” With Nas rapping, “I feel like a black militant takin' over the government,” it was foreshadowing his next move, taking on the corrupt demons that wish to rule the world.


The press and public often misunderstand superheroes. FOX News, especially Bill O’Reilly, attacked Nas when he was chosen to perform at the Virginia Tech tribute concert last September. O’Reilly twisted Nas’ violent lyrics and gun conviction as a reason to remove the rapper from the bill, failing to actually discuss his music with any journalistic accuracy and mispronouncing his name as “Naz.” With “Sly Fox,” Nas fires back at O’Reilly and propaganda pushing “news” networks over the crunchy guitar riff with venomous bites like “The Fear Factor got you all riled up/ O' Reilly, Oh really?/ No rally needed/ I'll tie you up” and “They say I'm all about murder-murder and kill-kill/ But what about Grindhouse and Kill Bill?/ What about Cheney and Halliburton?/ The backdoor deals on oil fields/ How's Nas the most violent person?”

For the past few years, Nas has been flirting with the concept of “The N,” be it for “Nigger” or “Nas.” On Untitled’s artwork, “N” is scarred onto his skin to resemble the lashings his ancestors once endured as slaves. But it does also brand him similar to an “S” on Superman’s chest. This time, Nas has chosen to fight in the name of “hip-hop,” taking on a legion of enemies who, behind closed doors, might not see his art as nothing other than “nigger shit.” To wit, there are several tongue-in-cheek tracks on Untitled that are equally hilarious and genius. Take for instance the Busta Rhymes assisted “Fried Chicken.” Regardless of Busta’s steroid induced megalomania, I admire his purist rebirth that started with his Aftermath debut, The Genesis, which featured Nas and every time these guys get together (see Street Disciple’s wacky “Suicide Bounce”) it makes for a memorable track. Riding a soulful, Al Green inspired bucket of boom-bap, Nas and Busta pontificate on their love of juicy, crispy KFC (or Popeye’s, Church’s or what’s made at the family cookout). The following track, “Project Roach,” is even more ridiculous and awe-inspiring, where Nas goes into an urbanized Charlotte’s Web tale of how niggers are roaches. The song features The Last Poets, who theorize that it’s silly to have a mock funeral for the “N word,” because like roaches, “niggers don’t die.”


However, Nas isn’t immortal and his kryptonite has always been his perceived inconsistency, be it lame attempts at making hits or bootlegs overshadowing packaged product. Surprisingly, Untitled finds a great balance. At first, I balked at “We Make The World Go Round,” with its cheesy keyboards and a teenybopper candy hook from Chris Brown. It could’ve gone the way of the Ginuwine/Timbaland club dud train-wreck “You Owe Me,” from Nastradamus. But, The Game kills his guest rap and this track bumps hard in my Thunderbird and captures a breezy summer aesthetic. I’d even argue that it should’ve been the first proper single to help Nas get the 106 & Park crowd hyped. The album’s pop underbelly reminds me a lot of late ‘90s, I Am…/Nastradamus era Nas, as the cuts “America,” and “Breathe,” work Swizz Beatz style loops. Fans of DMX’s first two albums will dig this record’s production


From a finished project perspective, Untitled does well here also. Nas released The Nigger Tape with DJ Green Lantern in June, serving as a preview of what was to come, featuring album tracks like the elegant, American Gangster infused DJ Toomp engineered “N.I.G.G.E.R. (The Slave and The Master).” The mixtape had me especially excited for the proper album, with concept records like “Legendary,” (about Iron Mike Tyson) and “Black President.” The latter made the final cut, and with a swift drum line marching beat and a clever 2Pac sample from “Changes” (“and thought it seems Heaven sent/ we ain’t ready to have a Black President”), Nas positively ponders the possibility of an Obama White House, all the while keeping a Black Panther edge, promising retaliation if he’s assassinated. It’s a shame “Legendary,” isn’t on Untitled, as it’s an exhilarating equivalent of “U.B.R.” meets “Momma Said Knock You Out.” However, the retail release features “Louis Farrakhan,” another stellar biography from Nas.
One of the first tracks to leak online, “Be A Nigger Too,” doesn’t make an appearance on the record, despite there being a short-film shot for it. Instead, Nas offers up “Ya’all My Niggas,” a 2Pac flavored slice of jazz rap where one message is that hip-hop culture has become so popular and global that we’re all “niggas.” Nas comes off more cocky and abrasive on “Be A Nigger Too,” spitting vibrantly over an epic, symphonic bell ringer: “I'm a nigger, he's a nigger, she's a nigger, we some niggers/ Wouldn't you like to be a nigger, too?/
To all my kike niggers, spic niggers, guinea niggers, chink niggers/
That's right, y'all my niggaz, too.” Pardoning Eminem for his infamous usage of the “N word,” and saying he’s my “wigga-cracker-friend,” one gets the impression that Nas is just getting a kick out of turning slurs into hyperbole.


“I’m not supernigga,” Nas recently told Rolling Stone. He’s neither The Man of Steel nor The Dark Knight. He’s more like Stan Lee, creating whirlwinds with his imagination. While Untitled doesn’t give me the same rush Illmatic did on my Walkman when I was 13, Nas is still here to save the day.

Nas “Like Me” (Untitled iTunes bonus track)
Posted by jeff milo at 8:43 AM