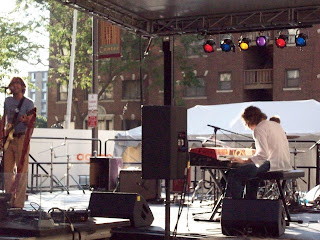 It's the morning of the final day of Cityfest; the 20th anniversary of the festival once known as Tastefest. Today, George Clinton, SSM and Thunderbirds Are Now make the Sunday line up a force to be reckoned with, however, though it may be bold to say since this day has barely begun, I still feel Saturday might have had the most refreshing line up. Or, at the very least, Sterling (from Jacoby's/313 Jac) put together the most impressive line up at the New Center Council Park Stage.

The Park Stage is usually the most ideal stage, of the four, at Cityfest - your options include laying out on the grassy hill, standing up close enough to high-five your favorite performers, or perching up at the top of the hill under a tunnel of trees - kinda like a mini-corporate amphitheatre.

Also, the incomparable blues/classic rock styling of The Muggs drew a considerable crowd:

The as-revved-up-as-ever party-pushing quintet, The Beggars, brought as much fire onto the sometimes-impersonable Pure Detroit stage: 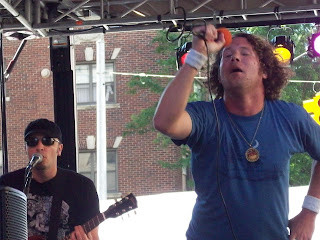 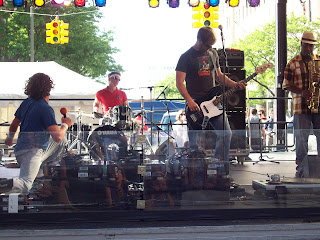 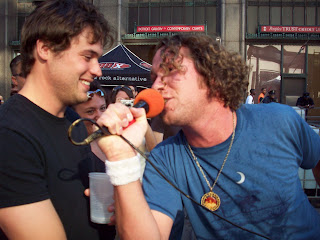 Silverghost played their most inspired, confident set yet - and have a debut 7" on the way: 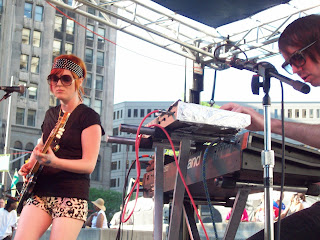 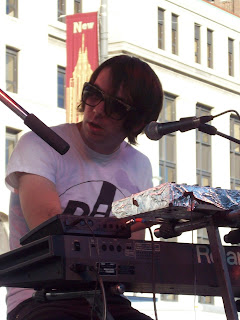 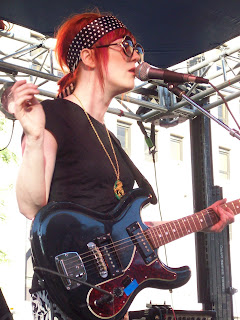 Sterling's subtle coup of placing this still-considerably fresh Ypsi-trio, Lightning Love, (a DC favorite) at a prime slot of Saturday-8pm (on the Park Stage) worked well to get some much needed eyes and ears pointed their way, with such beautiful, minimalist pop ballads with a striking sensibility for song structures and lovely vocal harmonies. 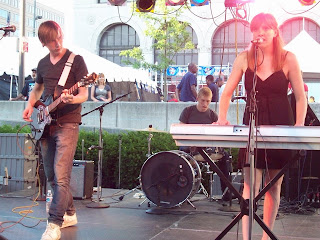 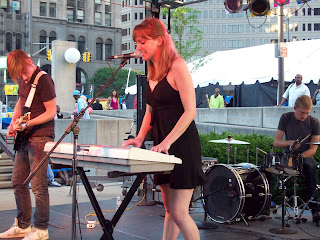 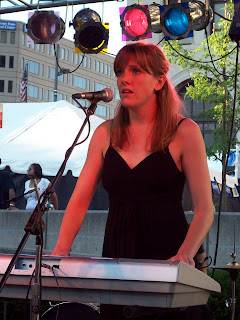 Check here for Cityfest Schedules
Posted by jeff milo at 6:39 AM