Carjack for President: returning this weekend, 8/22 at Jacoby's; 8/23 at Summer Smash (with Electric Fire Babies) 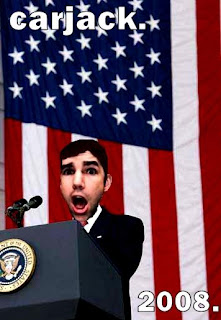 So, the incomparable Carjack has been laying relatively low throughout the summer (except for a particularly spirited romp through the Old Bohemian in June) - but now he's resurfacing, "jumping back into the fray" just in time - not only to present some of the new material he's been writing and recording throughout the dog days of July and August, but also, hopefully, to announce his candidacy for the 2008 election - running under the Plutonian ticket, more than likely... 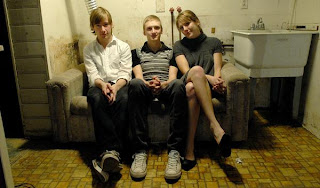 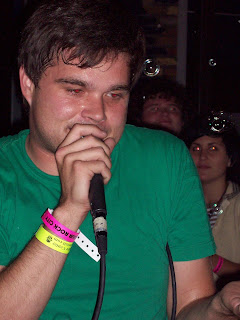 The next day (8/23) - he joins Justin Audio and Miss N. for his other more dance-ready cosmo-booty-shaking-freak-funk project, The Electric Fire Babies, as apart of the Detroit Summer Smash at the CAID.

(Also, look for our brave candidate to be stomipng and jumping around up and down the rickety tables and Pacman acrades of the Garden Bowl bar, during the upcoming Dirtbombs show at the Magic Stick.)