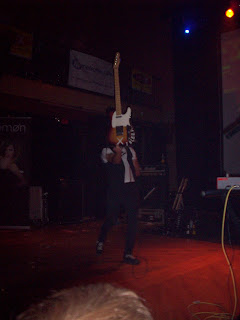 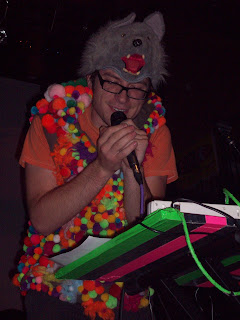 Jostled thoughts, thrown together in the last minute(s) as the hot and muddled weekend blurs by me with deception and indifference - with a devastated digestive and nervous system after a week of illness and untempered intake of the usual vices, I'm trying to piece together what went down Friday night at the Crofoot.
I didn't make it out to the Arts Beats & Eats festival during the day - but was spinning digital records with Mikel O.D. and Thomas Matichon the patio of Vernor's Subterranean Lounge (the home of Phototropic) that evening as sort of an after party to scrape all the wobbly drunkards off of the public streets frying pan and into a veritable circus salad of mascara and collared shirts and fist pumps and tattoos and big hair and strange smells and gurgly Miller Lite burps and scattered blow pops - galvanizing every single sector, bar, stage, table, chair and breathing space of the Crofoot complex.
This was nightlife-entertainment provider and ubiquitous marketing site Metromix "Encore" party (thus named for the Hard Lessons being scheduled to play their second show of the day, having finished a set in the late afternoon at Arts Beats & Eats). It was also the ambitious inaugural run of The Sucker DJs (mentioned above, the DJ collective with Tom and Mike...) which ended up going supremely well - especially considering that while my health had me checking out before 1 a.m., Mike and Tom were able to rock the joint till just past 2 a.m. - with headliner Ice Cold Chrissy having run into technical difficulties.
Prussia, Millions of Brazilians, Our Brother the Megazord (Randy, from Deastro), Zoos of Berlin and, of course, the indomitable Hard Lessons - all played exceptional sets...be it to an occasional blown out sound system and somewhat seizure-inducing flashing lights. I shuffled around the cavernous ballroom during the DJ set breaks to try my best to run into all these luminous characters that I'd recognized from so many Detroit based shows - but we were in Pontiac territory now; and not the neo-bohemian, dishes in the sink, co-op and organic/casual we're-all-in-this-together-unity of the AC Rich Building--Pontiac, or even the laid back art-supporting ambience of Phototropic-Pontiac...no, a different crowd, well-dressed, tough and beautiful looking people fueled by energy drinks and hard liquor, dancing to hot french house Justice trax and meandering in tight groups. Some had spilled over from the day's festival, some were just waking up, some had been up for days.
The night was facilitated splendidly by the Crofoot - as it celebrates one full year of hosting events.
But me, I felt like I was at high school graduation - walking around awkwardly in a semi-familiar location, paradoxically, put at ease by the presence of close friends and familiar bands from Detroit, but yet so uncomfortable in my own skin, like I was itching inside a robe with a mortarboard and my grandmother following close behind with a giant camera, wearing white gloves and telling people embarrassing stories about me. I'd find my way over to a fellow show-going comrade or a member from one of the scheduled bands and we'd try to find a haven away from the sea of bodies to talk the usual chatter of what we're working on, what we're listening to or what shows we're checking out next..........
Ah, where am I even going with this?
The Hard Lessons is where I should be going...and their performance was as striking and emphatic as ever! They are bursting with such an exuberance (even at midnight after a day's work and an hour-long set atop the Phoenix Center) that you'd think KoKo was literally stomping her heeled feet straight through the floor, you'd think Augie was literally throwing his guitar into the air like a javelin, back flipping, then pivoting in time to catch it - of course neither happened, but its such a fluid cascade of pop/rock energy expounded through a palpable passion that is so eagerly offered and shared with the crowd, that neither feat would be doubtful of happening at a Hard Lessons show. You'd think, also, that there was a tinge of sadness (there had to be something...) inside Christophe Zajac-Denek (or, The Anvil) as this was more than likely his last performance as a member of the trio (after six years.)
It was also refreshing to see Our Brother The Megazord - the more dance-ready project of Randolph Chabot - featuring songs off an upcoming new release under that moniker.
That's all for now...
Something much more substantive and less-ramble on the way!
Sucker DJs return to Phenotropic in October
Photos: (mike milo) 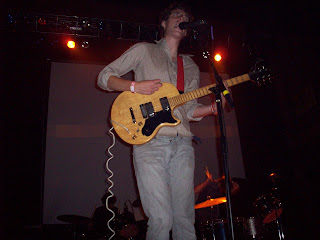 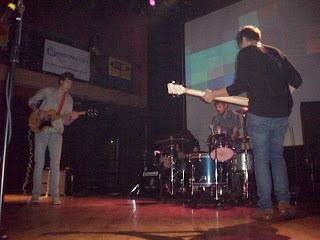 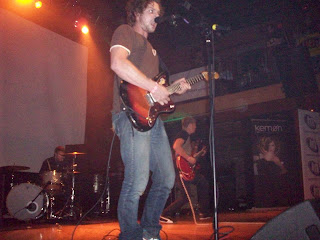 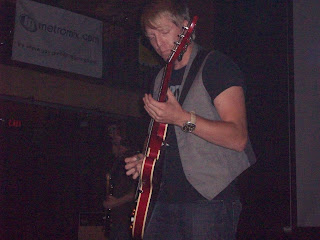 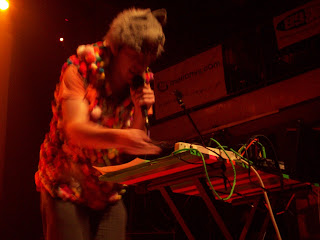 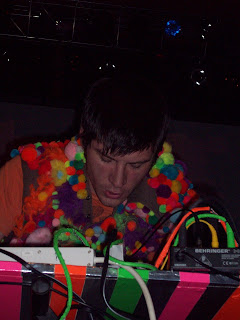 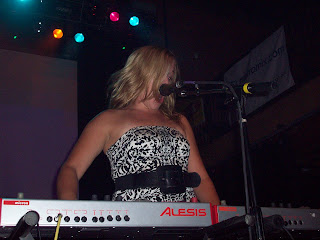 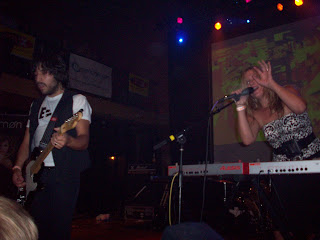 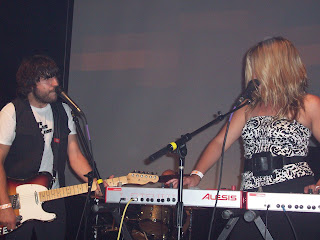