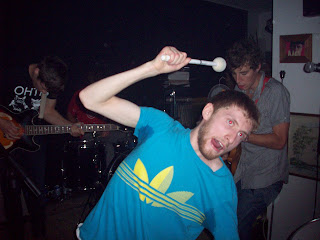 There was a lot of love in the room...and, a fair share of hot-blooded, stuffy-aired, sardine-swinging, house party floor stomping glory...
It was certainly a battle to get up to the A.C. Rich Building in Pontiac last nite--this tiny, cordial event was going on where broad-shouldered croc-footed yokels and ballyhooed babyboomers crammed the curb-sides, screaming, animalistic, for us to do burn outs in our 2005 Pontiac G6...
A battle, slowly creeping our way northward into the stronghold of the Woodward Loop...and finally into the warm and welcoming confines of the A.C. Rich, a sea of smiles where the air was electric with constant reverberation and enthusiastic vibes for local band Prussia--and they're debut full-length album (on Common Cloud Records), Dear Emily, Best Wishes, Molly
The line-up was glorious and ridiculous - The Oscillating Fan Club and the Silent Years, along with a fine experimental/rhythm-heavy folk project from Illinois, Ohtis - considering there's really only room for 150 people, at best, inside this lean rectangular loft - suffice it to say, we all got to know each other. 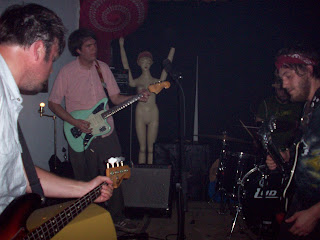 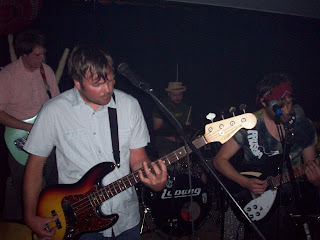 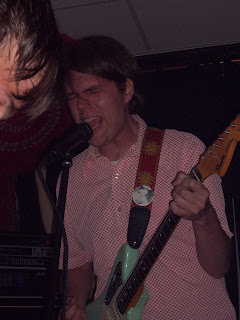 The Fan Club brought out 2 fine covers, The Cure's 10:15 Saturday Night (which is just about the exact time their set started) and the 13th Floor Elevators 'You're Gonna Miss Me,' along with other blistering tracks from their recent release, Feverish Dreams...as told by... 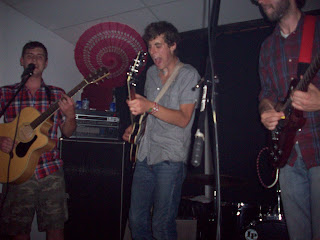 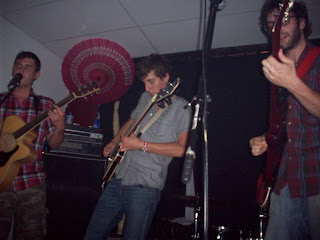 Ryan (Prussia) Spencer, who doubled as soundman for the night, also sat in with Ohtis (with his brother, Prussia drummer Drew Spencer) to provide the rhythm section. 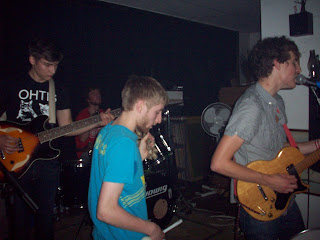 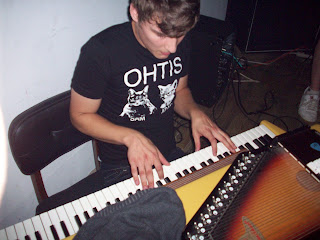 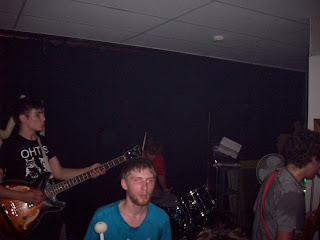 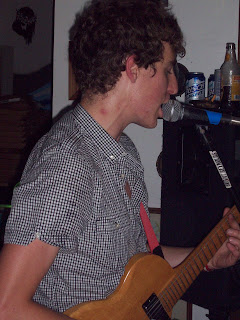 Prussia, bright green flood lights blazing behind them, with the Cruise slowly dying on the streets below, shunted out forceful reggae-soul pop out into the sea of grins and undulating fans... 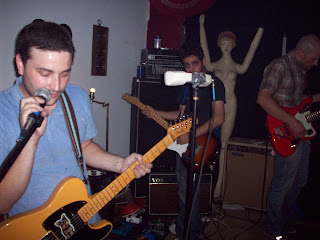 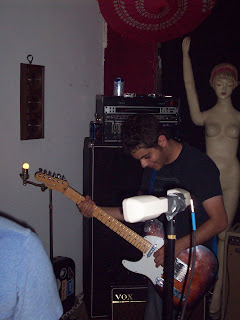 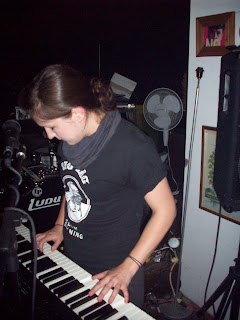 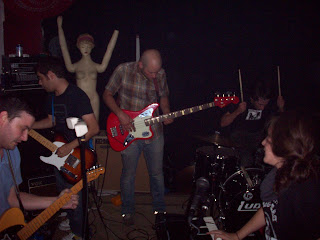 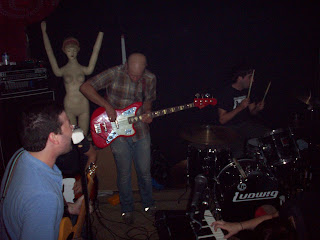 .....which led into the Silent Years closing out the night - playing new songs from their forthcoming EP (hopefully next Spring) as well as selections from their newest album, The Globe.
August...through the first week of September...every week there's another great local album release!
The Oscillating Fan Club
Prussia
The Silent Years
Charlie Slick
The Great Fiction
The Frustrations
Au Revoir Bourealis
and more....
with still more to come!!!
On all this on a night where we also had a birthday party for Face Freehly at the Lager House, Oblisk/SikSik-Nation and the recently-WDET-featured Lightning Love at the Northern Lights Lounge, a Scrummage Fest and another secret show at 4th Street...
Cheers, Detroit
(pop-quiz: how many shots did that weird naked-blowup-doll/mannequin thing make it into?)
(photos: Mike Milo)
Posted by jeff milo at 7:50 AM