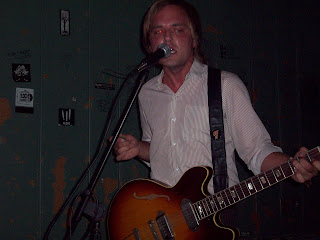 [Dave Lawson (Pop Project/Drinking Problem) asked me last night, "So, who is Deep Cutz Charlie?" I didn't intend for the mystery...DC Charlie = J.Milo - Dual-identities can cause problems down the line, phone bills, relationships, tax evation...so, at some point one of these alter-egos is going to take over entirely...not sure which...]


So then,...just a bit of scattered reconnaissance from the weekend...including The Electric Lions/Questions show at Silky's Music/Martini Lounge in Dearborn - and The Drinking Problem/Hotness/Universal Temple of Divine Power show at the Lager House. 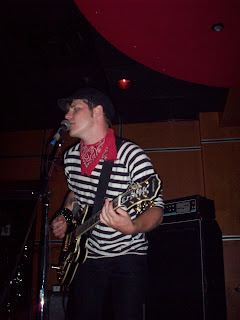 Starting with this past Friday, Rabeah from The Electric Lions completed his mission of "bringing Detroit to Dearborn" by inviting the visceral folk-rock quartet The Questions, to join his band on a bill at Silky's (think Dearborn's answer to The Northern Lights Lounge.) It was a great turn out with an energetic vibe flowing throughout the night. Both bands were stunning - The Questions strayed from their usual psychedelic tribal trounces into a more straight forward, guitar heavy set, stretching out into folk and blues-heavy territories, enhanced with a second guitarist and bass player. 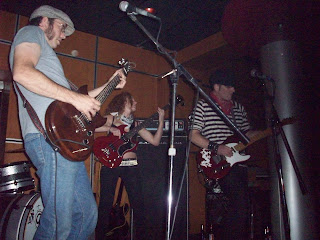 The Electric Lions swung their way through a valiant set of high-flying rhythm-heavy rockers, showing strength in musicality and chemistry. The surf-toned solos were at times sublime and at other times downright raucous. Check out songs from their recently released album here. 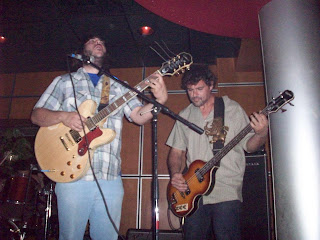 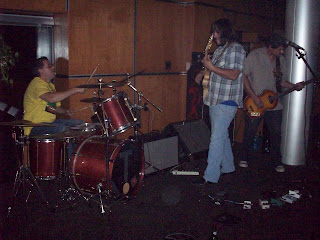 The next night, even though their keyboardist had some other very important plans this weekend, The Drinking Problem still played as a trio at the Lager House, providing the crowd with one of the strongest, most invigorating sets I've ever seen them play. High adrenaline, jumped up 2-minute, melodic hard-rocking tunes made up the majority of the set between longtime friends Eddie Baranek (guitar) and Dave Lawson (bass), with Four Hour Friends' Jeremy Stork on drums. A happy birthday celebration for guitarist Elliott Moses of the Universal Temple of Divine Power. 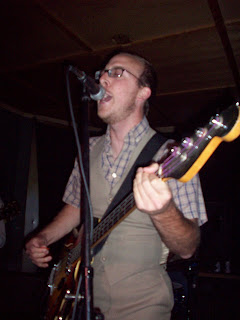 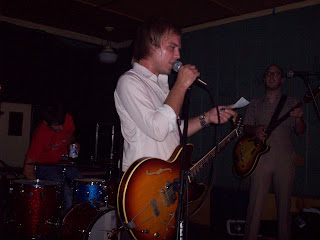 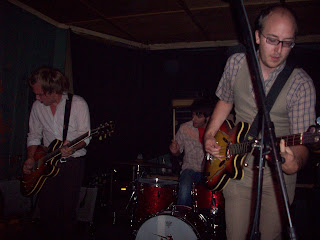 A lot of stuff coming up here on Deep Cutz - Oblisk, Prussia and The Silent Years + Hamtramck Polish Festival and The Detroit Summer Smash.

thanks for reading.
Posted by jeff milo at 5:30 PM