The Strange Victory of the Silver Jews (Playing the Crofoot in Pontiac, 8/31) 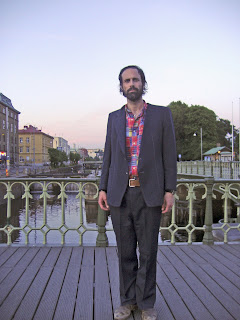 Dream All Day, Write All Night...

an Interview with David Berman


David Berman, the trickster. The gaunt scraggly sage. The post-futurist, the scholarly trucker type, chewing on grass and plucking pedals as he muses, trapped inside the song, searching for someone to make his lies come true…

David Berman is the auteur behind the clasping riff-raff noise-pop, the smooth-rolling country-rock, the heartbreakingly beautiful indie/lo-fi jangle of the unparalleled Silver Jews. A poet, a writer, a teacher, and a husband, who just happens to play guitar; the Tennessee-based musician discovered the joys of music through charming, errant freak-shreds, with longtime-friend Stephen Malkmus, as they started the band in 1989. Not quite the Lennon and McCartney of indie-rock, but, certainly, it must be said that they both hold an air of aristocracy in the genre, and have both come to unique positions of warm regard as they humbly shuffle into their 40's – Malkmus as the prince, the pop song writer, the guitar-heavy rocker and Berman as his reclusive, more pensive, not as playful, illuminati whose grown considerably more open over the years…having gone through rehab in 04, toured for the first time in 05 (with the Jews) and finally in 08, adopting a sort of, wise old owl to the 20-something internet seekers.

After four albums of minimalist country twang and starkly beautiful, but shivery dark poetry (shadowing a few personal demons that wouldn't be exorcised until 2004) – Berman, with his wife Cassie joining vocals (full time) and the newly energized Silver Jews, released the rejuvenating Tanglewood Numbers, (04): a jumped-up hoe down of jabs and swings and endearing cerebral chin-tickling that spurred the band to tour through 2005 (for the first time in their existence.) 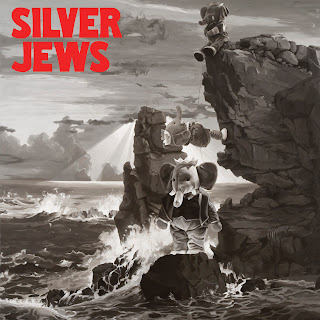 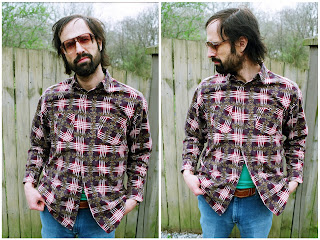 
Milo/Deep Cutz: You seem to be a very self-reflective and often self-deprecating, artist--indeed, I've read instances where you question calling yourself an artist/poet (yet some consider you a renaissance man of sorts, with performing, singing, poetry, writing) is it modesty or self-doubt? are you aware of said modesty, is it something you purposely trigger to keep yourself grounded


David Berman: Or a third choice, I'm a trickster. A poseur for gain. I try to hang around the in-betweens. I never presume membership. Is it pride or humility? I'm always synthesizing. I try to believe in what I do while keeping an eye on my worthlessness.


Milo: …something that seemed to change on Tanglewood and continued on Lookout is - more of an overall brightness. Not sunny pop, not happy music, but faster tempos, more driving-beat songs, with not as much of a dark vibe, at least not haunting, would you agree - or would you say anything to do with how you approach songwriting has changed in the last 5 years?

DB: It's true. The two albums seem much more awake. And sped up. There's not as much…pussyfooting, as they say, around. To the original fans we must sound like Dire Straits now. And that's okay.

Milo: …which album stands out for you and why?

DB: Side one of Bright Flight and Side one of Tanglewood Numbers should be combined into a Lost Weekend Truck Stop Special. I don't have a lot of reverence for the records after a while. At first I protect them and defend them, but eventually I have to let them go. I still love this new one.

Milo: …some of the senses I feel with Lookout's songs are regret, reflection (what is not but could be if), longing (pillow is the threshold, we could be looking for the same thing) nostalgia (suffering jukebox) and a yearning for simplicity or escapism (open field) how on or off are these for you...what were you feeling for most of the creation process of Lookout--

DB: I think you could see a lot of disenchantment being expressed. I wonder, how disappointed do I have a right to be with this world? I'm making a critique of things as they are when I'm writing. I rarely engage in simple celebration. I'm the whistle blower. Look at this bullshit, I'm saying.

Milo:…I find a song like Candy Jail eerie…I'm out here driving to work or the store or whatever, and even though the guards are kind and the bars are made of peppermint, I'm IN jail…a deceptively sweet, illusory imprisonment where I Got a Number on my Name

DB: It's as simple as that. Can a person who checks his email 15 times a day be said to be free? 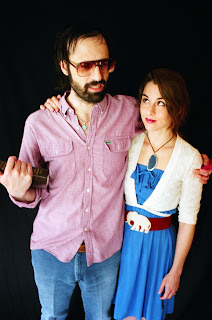 Milo: You've stated your reverence for lyrics, your lament that words have gone by the wayside in electronica/instrumental "shopping music" era, and you once stating that you are interested in having your art serve as a telling of histor(ies)I get the impression (or an image in my mind) of you standing up and shrugging in a crowded room where everyone's sitting down, playing video games and not talking to each other...

Milo: But, sometimes, an artist, poet or singer starts commenting on the state of the world and society, as you've remarked on your investment with the effects of 1913 and the Babyboomers' screwing Generation Y, then all of us critics get keyed up and start wanting to give you [the artist,] the Bob Dylan '65 in England "lightbulb-press-conference treatment" and asking you for the big answers to the world…have you gotten these misreads (from fans or reviews) or longing mystical questions from interviews - now that you've extended beyond the more personal (of being drunk on a couch in Memphis) to the more broad (of the strange victory of the bankers and the federal reserve from 1913?)

DB: No . I can honestly say that no one has reached out for any prophecy or proffered a platform for political pedantry. I was contacted by one of those C and C (Cunt and Clip) shows they have on VH1. The ones where the network has pet monkey comedians mock reality show bloopers and celebrity misadventures?Seriously though, there aren't any critics, or I should say there aren't any editors, who want to feature discourse that questions the status quo right now. Today we are all scabs. The corporate-entertainment-luxury system has starved out the idea of solidarity among people who don't want to just go along . No one want to sit on folding chairs in a ymca basement anymore besides Alcoholics Anonymous.

Milo: In Suffering Jukebox, singing to this poor beat up machine, you say "money lights your world up," is this about technology and a culture? Or about society and a kind of people?

DB: It's about those things. The first verse sets up an opposition between the winners and this loser of a jukebox machine. On the human level it's about self-imposed failure. It's about psychology really. About people who don't think for themselves. The ailing jukebox Is allegorical of a person trapped in misery and cut off from communication.. And then there's a narrator who's sort of undermining the object's identity with his critical analysis. The jukebox is either silent (broken) or just a vessel for other people's ideas. 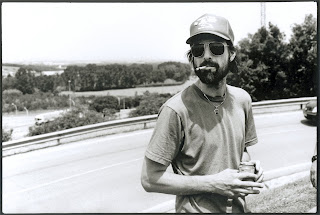 
Milo: From Bright Flight (01) to Tanglewood (04), it feels like a shift in instrumentation – mostly that it was 'beefed up' in terms of the accompaniment, the sound is lush, thicker, a rousing get-up-and-go hot-tub-to-a-shivering-pool-cannonball to go from 'slow education' to 'sometimes a pony' – and that across the board elevation of sound and activity, in melody and rhythm, continues from Tanglewood onto Lookout – which gives competition to your up-until-then not-often-challenged singing voice. Is this some kind of conceptual or creative rebirth? Were there palpable changes in your outlook or approach between 02­and­05?

DB: I have a backward music career. People start out in bands and as they grow older evolve into solo artists.` The last two albums I've been conducting a band. I think it's the songs too. They are more universal now, less hermitic and wary.

Milo: Often, you seem willing to unpack your previous works and dissect it – is it closer to a joy or closer to a chore? it seems inevitable because most silver jews fans (or just critics analyzing the texts) seem inextricably fixated on all the other albums/works, or previous songs, or past lyrics…(I suppose the first sentence of this rant is the question…and maybe your thoughts on that)

DB: Because the records are similar, their differences are interesting. On [Lookout Mountain Lookout Sea] I made a little change that signaled a big difference: by making a four word title (which is really a three word title or a two clause title) instead of a two word title, as the previous five had been. A common complaint is that the first song on this album is not as 'out of the park perfect' as some of the first songs on the other albums. If I could have had a rebuttal I would have said that record albums take different formal strategies, many of which call for a quiet or subtle beginning.
So the title should be a cue. Warning: Things Change.

Milo: Thanks David. See you soon.

DB: Thanks a lot Jeff, for the uncommonly thoughtful questions