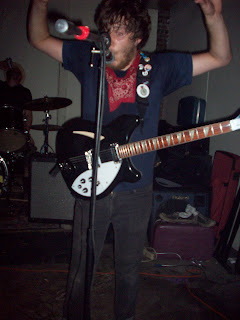 So, this is my 100th post...and, like a few already before this one--it features the Oscillating Fan Club. Last nite, many fine souls gathered over at the CAID for their vinyl release party, for their album, Feverish Dreams, as told by...

A few of my friends checked out the Go! Team/Thunderbirds Are Now/Deastro show over at the Magic Stick - a couple of them, regarding even the thought of going into the CAID, admitted a lingering shell-shock from being shoved down to the ground with guns in their faces, by the DPD, just 2 months prior. Which is understandable. The Thunderbirds sounded great as always, and Deastro (pictured here with TaN/Javelins bassist Julian Wettlin) played Light Powered live...(which was recently featured here.) 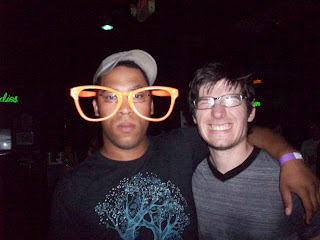 The Beekeepers were a fine-n'-crazy shock to the system, (kinda how it feels to go here and look at this page ) -Piano-led gypsy-creep blues and pop and tribal dance-sloshing grooves, some hints of punk splotched over this mutant-orchestral-vibe; with guitars and saxophones and a wiry, animated front man...surprising and refreshing on all angles. 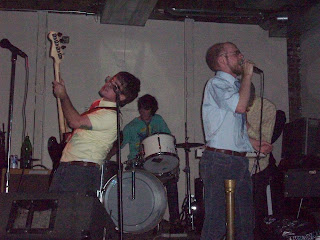 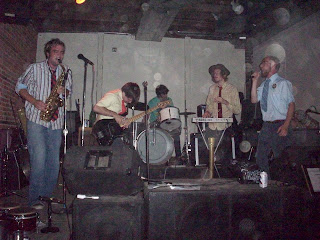 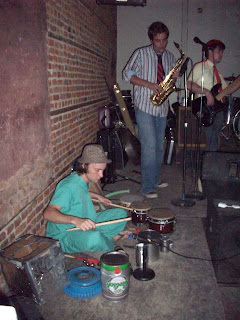 Zoos of Berlin (who currently have an EP out and are finishing work in the studio for a future release) - also played a great set...bringing, as usual, their beautiful blend of Will Yates invigorating keys, Kevin Bayson's visceral gutiar shreds, Collin Dupuis monumental percussion, and Dan Clark / Trevor Naud's transcendent/enamoring harmonies. Quite the rockin' set, in fact...the set was clear of some of their slower softer ballads - they were all about the rhythm. 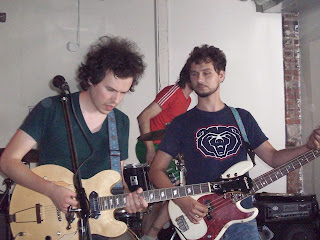 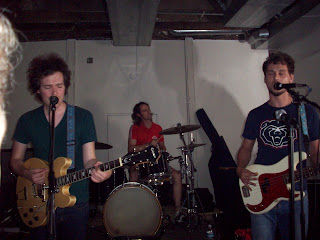 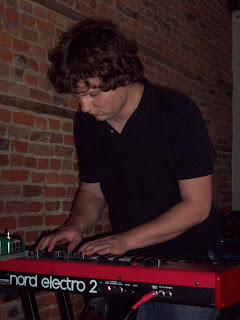 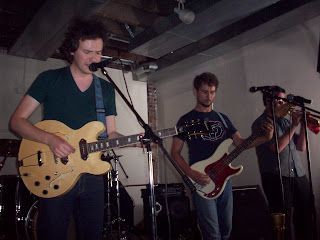 (At some point in the evening, I was asked by someone I'd met in person for the first time, "...how would I know you from the internet?" which, if you repeat it and muse on it, holds some pretty surreal ominous overtones for this strange detached future we live in...) 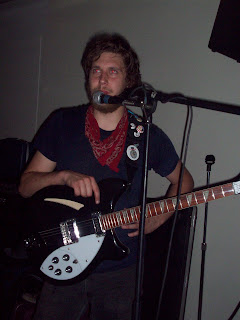 (this shot's my favorite^: Pierce and Ray)
Then came the Fan Club (John, Rob, Ray and Pierce)- who, like some sort of squinting sweat soaked boxer with a taste for blood, strode out onto the stage looking as though they knew damn well that this was there moment, and what a glorious moment it was for them... 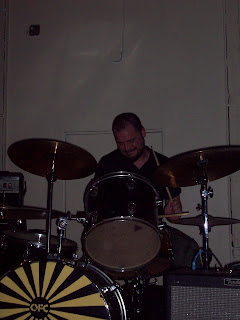 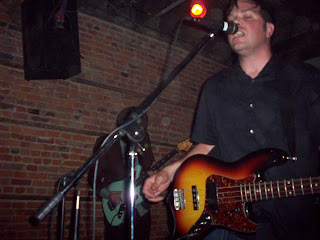 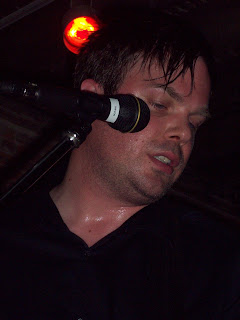 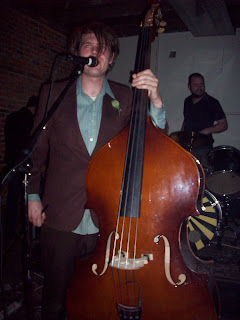 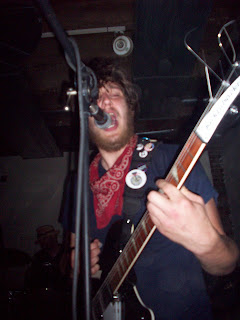 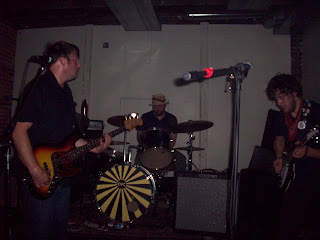 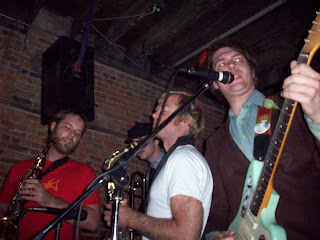 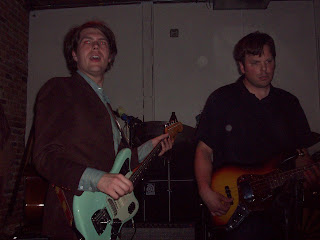 ....the songs were tight and jubiliant, rousing, and thrilling as ever, in their characteristic art-punk/surf-psyche style...including cameos from Red China and Eugene Strobe, a cover of 13th Floor Elevators "You're Gonna Miss Me," and an encore with Television's "Friction."
Congrats boys.
and thanks for reading
-J.Milo
Coming up soon: The SummerSmash, with Oblisk and The Electric Firebabies.
(photos by Mike Milo)
Posted by jeff milo at 6:52 AM