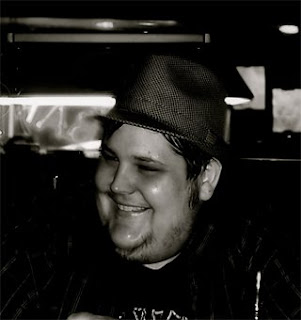 It is with sadness that I write about the passing, this week, of singer/guitarist Rob Kenna. Kenna formed the Ypsilanti-based indie-rock group, The Farewells, (with his beautiful psyche-pop ballads and urban singer/songwriter sensibilities living on, in song, at the Farewells Web site: http://www.myspace.com/thefarewellsmusic) No official news on the future plans of bassist Nick White and Larry Johnson, at the moment - but you'd be doing yourself a favor by checking out their songs - ranging from the euphoric burnt bliss of Olivia Tremor Control to the basement born endearment of Portastatic.
The backstory of The Farewells, as relayed in an interview with Nick White:
"The Farewells were formed in 2003 by Robert Kenna; who had a couple of songs and enough talented friends to record the debut album, ... "Suspicious Tones". Recorded from 2003-2004 by Robert Kenna, George Dubber, and Joe Harry at the 205 Studios. Songs were then mixed by Robert Kenna and George Dubber, mastered by Dave Feeny at Tempermill Studios.
The Farewells were not a band in terms of playing out and being a part of the scene until recenetly. Before then it was pretty much just, singer songwriter, guitarist: Robert Kenna.
In the winter of 2008, The Farewells returned, playing live shows with a new lineup. Based mainly in Ypsilanti and Detroit."
White has plays with Tone and Niche and runs the Lobby Art shows at TC's Speakeasy in Ypsilanti. Johnson works as a recording engineer in Ypsilanti.
From the Farewells: "...to one of the best song writers i have ever had the privilege of knowing. rob kenna, past away early this week. i have never had the pleasure of befriending anyone else quit like rob. he was funny, charismatic, and an all around fantastic soul. he was also a true musician to the bone, he lived and breathed music and showed this through his incredible talent. he will be missed by many, but never forgotten. we send our deepest condolences to anyone who knew rob most of all to his mother, cathy. "
(Listen)
Posted by jeff milo at 12:34 PM