When I initially heard about this, I thought it might be inspired by the exasperating and protracted scrutiny that bands with their amp-gorged vans and these seedy smelling, dodgy looking artsy-type guitarists will often get...when they reach patrol stations at the Detroit/Windsor bridge...(...particularly in this era of heightened security/paranoia...particularly for the groups trying to come -in-to-the U.S.)

Which...eh, maybe it kind of is - but it's mostly an innaugeral celebration brought to us via Windsor's CJAM - that mingles indie/punk/pop rockers of the Yankee and Canuck clubs respectively into the Magic Stick green room or slides them up to the bar together at the Majestic Cafe. 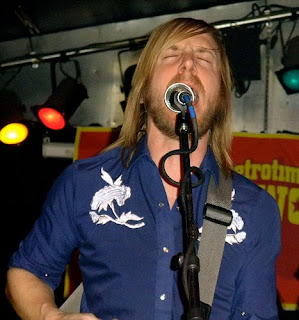 Down in the Maj-Caf - from Detroit - we have Carjack - (pictured), who just roadtripped over to Chicago to play with Chicago-based Lasers & Fast & Shit...a band whose name not only has a jittery-finger-on-the-ADD-pulse ring to it (that also sounds fitting to a Tim & Eric type sketch), - but also have a song called "Mexico City Detroit Lions" - and hey, they're also on this Border Crossing Bill. 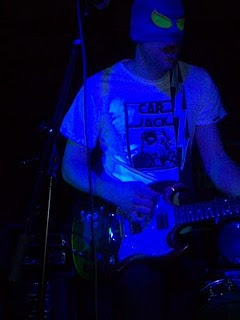 Rounding out this weird, indie-punk-ish-electro thing in the Cafe is Windsor's the Peace Leeches.
Doors at 8
for more info
...go see CJAM
Posted by jeff milo at 4:51 AM