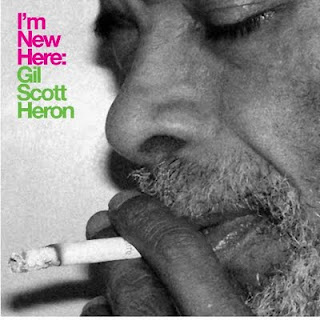 
Initially it’s perplexing for an artist so revered in his realm that he is considered one of the most vital pioneers of said realm, that his newest record in a forty-year-career would suggest he’s only new here – and request that you show him around…Gil Scott-Heron, writer, musician, singer, messenger, came of age in Lincoln TN before coming up to New York and eventually fell under the wing of legendary jazz producer Bob Thiele – he is best known for his work in the genres of soul and r&b, credited as a progenitor of modern rap music. On this record, we get everything from gritty folk, to electro-funk, to orchestral blues, to New Orleans-tinged afrobeat, to his characteristic spoken word – blunt, stream of conscience, poetic, vivid, profound – with the music being as magnetic as his solitary voice – a raspy, booming growl delivers sonnets on a life scraped, smoked and shunted by the unforgiving elements of the city – a personal record that spans the simplicity of pulling up your socks in the morning, to more supernatural and uneasy to answer musings unveiling very personal pains of the political poet and spoken-word-soul singer. 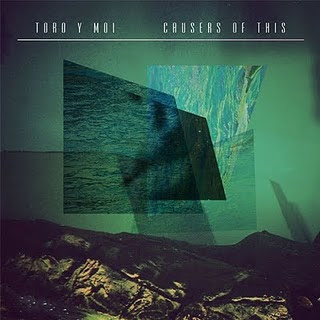 
Another in that line of lo-fi-weird-tasty-fuzzy-electro-leaning-groove-pop – you know all the vibes of Weird Tapes and Neon Indian but in an Ariel Pink spilled out sorta way: Glowy, glistening, underwater gurgled neon-tinged pop that feels a bit fragile and strung together on old dusty tascoms, the grooves are fuzzy, the synths are melodic and meditative, the vocal harmonies are echoed by reverb and the brushy beats seem to fight their way through the sheen of sonorous chimes and playful coaxing piano dances. Toro Y Moi (aka Chazwick Bundick) is part of a wave of solo fuzzed-pop composers who manipulate the capricious spacey bounce of traditional electro-pop and add varying elements of synth-born flumes – the music, which carries the delectability/celebratory-cherubic vibe of pop, has also, aptly, been described as private – because it feels like the kind of dance-groove record you’d play in your apartment, when you escape the club or when you decide to just lay low, warm, whirling, soulful, it sounds like the music that would fit your deepest set slumber of sleep – past REM and into the dreamiest of dreams, both flamboyant and soothing, simultaneously orchestral and lo-fi.